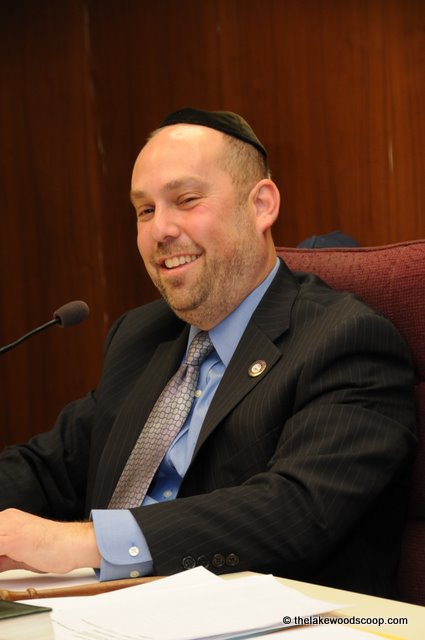 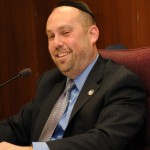 Steven Langert is excited about Lakewood, the town in which he has lived since 1981. As a member of the Township Committee and now the mayor, Langert is not only honored to be a part of its growth and development, he is also ready to tackle challenges and work on solutions. Langert says, “We have a beautiful, historic town that has been the treasure of the rich and famous long before many of us were born. We also have a town that faces challenges normally found in a city. Even though we have our issues, we are also blessed with sincere and dedicated people who are committed to developing solutions and making Lakewood a better place for all its residents.”
Mayor Langert will be focusing on several goals during his term as mayor. One concern he has is the homeless situation. “We acknowledge and understand that homelessness is a major challenge in America. Every town is affected by it, and we shouldn’t turn a blind eye to human suffering. This past year in Lakewood, unfortunately, there were two fires in the area where our homeless live and several people died as a result. This is something I don’t want to see on my watch. We have to come to some type of resolution on the homeless issue. My colleagues and I are committed to it.”

During his time on the Lakewood Township Committee, Mayor Langert formed the Mayor’s Council of Presidents of Adult Communities, a new initiative in which all nine presidents of the adult communities met to discuss their issues and give their input. Langert intends to strengthen this initiative and maintain a dialogue with the adult communities as well as open similar channels of communications with other groups within the broader Lakewood community.

Mayor Langert says, “One of the criticisms I have heard is that there are separate entities, so to speak, in our town: the orthodox community, the adult communities, the minority community, and the rest of Lakewood. I would like the township committee to take an active role in bringing dialogue between ALL the peoples of town. One of my goals as the mayor is to foster an atmosphere in which every individual feels he or she is represented and everyone is involved.”

Every town and every leader today are faced with a serious fiscal crisis.  Lakewood is no different.  The Township Committee is very concerned that in order to navigate the turbulent waters ahead, they will not be able to keep the level of services everyone has enjoyed in Lakewood.  The township committee has begun to analyze and scrutinize the costs of municipal services, and will face difficult decisions in the year ahead.

Mayor Langert is also planning to continue open budget hearings during which the public can learn first-hand from township department heads about their budgets. “The Township Committee and I certainly don’t want to upset anyone. We are being forced, however, to look for ways to save money. It’s a shame—everyone will likely feel the pain.”
Another one of Mayor Langert’s goals is to improve the attitude people have about downtown Lakewood.  Along with former Mayor Robert Singer and others, the township formed the Downtown Merchant’s Commission to address common problems and concerns merchants have.  Mayor Langert will seek to expand this Commission’s activities with the goals of solving problems and improving the image of the downtown.

Langert says, “Although 2010 is going to be a tough budget year, we have many things to be thankful for and to look forward to. Lakewood is a special and wonderful town. The recent reauthorization of our UEZ will give Lakewood a tremendous economic boost and create many opportunities for business development.  The fact that Lakewood’s Home Depot is in the ‘Zone’ should bring more than $2 million to the township. Those funds are ear-marked for economic development projects and business loans, among other benefits.

“We need to work together to make it all happen.  Lakewood is a place where we can have it all.  I’m ready to begin.”

Before I open the meeting to the public, I would like to say a few words. I notice that there is a contingent of EMS personnel and supporters in the audience, and I would like to clarify some points of information.

We are all aware of the dedicated hard-working men and women of our EMS squad as well as the excellent job they do. The discussions we have been having have absolutely no reflection on their dedication or the quality of their work.

The Township Committee is charged with providing essential services, such as Police, Public Works, and Emergency Services to its residents. The way the township pays for these services is through the tax levy. Several years ago, in an effort to combat rising property taxes, the state government imposed a spending cap on all municipalities.  This spending cap limits the amount municipalities, including Lakewood, could raise taxes from year to year.

Basically what the state has said is:  We will only allow you to raise your taxes so much every year and no more. This means that even if we wanted to raise taxes to cover all of our services, we can’t.

Now, due to a large number of factors, which include and by no means are limited to, the bad economy, a sea of never-ending property tax appeals, and continued cuts in State aid to municipalities—keep in mind that Lakewood has lost approximately $750,000 a year for the past two years and we were informed two weeks ago of an additional cut in aid of $91,000—we are now faced with the possibility of not being able to fund all our obligations within the budget cap imposed by the state. We are not looking at privatizing EMS services as a cost savings, but as part of the way to fulfill our mandate to provide a balanced budget.

One option on the table is to impose sweeping budget cuts on all departments, effectively spreading the pain around; however, we must ensure that we do not negatively impact the services that are needed in town. We need to understand the impact of having fewer police patrolling the streets and fewer public works employees picking up our trash, plowing our snow, and maintaining our roads and parks. How would we handle emergency calls if part of the EMS department had to be eliminated due to cuts across the board?

The reason we are exploring the option of privatizing the EMS services is that it may allow us to continue to provide services at the level our residents currently receive. IF we were to privatize our EMS functions, the residents will not see any change in the service they receive in times of crisis. Life-threatening situations are and would continue to be answered by MONOC. The funds freed up by this change could then be used to avert layoffs that could adversely affect the level of service we receive from other departments, such as police, public works, and even EMS.

We must look at the options before us. We must figure out a way to deliver services within the restrictions placed upon us by our budget cap. One principle that we will not waver on is that we will not allow the quality of the services we deliver to our residents to suffer.

I have received form letters from residents and supporters of the EMS asking us not to eliminate the department at this time. I took the time the past couple of days to reach out and talk to some of the residents who sent in these form letters, and sadly I was extremely shocked by the misinformation I heard from the public.

1.    I have heard: that it’s a done deal. That is simply not true. At the current time the township has taken no action with regard to the EMS other than advertise for proposals.

2.    I have heard: that Senator Singer has in some way promised this to a particular company. In fact, because of his past employment at Kimball and the fact that his wife still works there, the Senator will not be involved in the discussions of this issue, nor will he take part in any vote.


3.    I have heard:  that the service provided will decrease. Now let me clarify exactly what it is the Lakewood EMS is tasked in doing. There are two types of Service which are provided. BLS (Basic Life Support) and  ALS (Advanced Life Support).

The Lakewood EMS is the Township’s provider of BLS. Basically what that means is that in the event of a serious life-threatening issue our ALS provider is called. Our current ALS provider is MONOC. This will not change.
4.    I have heard: concern that the Township, publicly, has not discussed this issue. Please understand that the EMTs are represented by a union and we cannot discuss these issues openly. The EMTs know this and perpetrate this as “the township won’t talk to us.”

5.    I have heard: that the only reason Langert is doing this is because his brother-in law owns an ambulance company—I  shouldn’t even have to dignify this statement with a response. It’s ugly and dirty, and whoever has been perpetrating this has been telling an outright lie. It’s not true.

Let me finish by saying that all of us on the committee are committed to the fact that if a change is made in the future, it will only be with the sense of conviction that the residents of Lakewood will receive equal to if not better service than the EMS currently provides. No Life is worth any amount of money…… and with that, I open the meeting to the public.