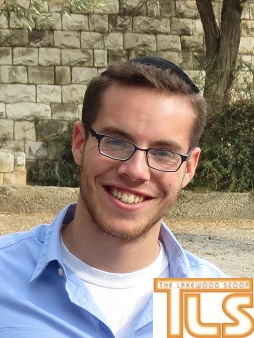 The Lakewood Volunteer Fire Department will soon boast its first Frum father & son duo, TLS has learned. Vromie Mutterperl, son of one of Lakewood’s first Frum firefighters Yosef (Joe) Mutterperl, will be starting the academy next month to become a volunteer firefighter.

Vromie, 21, recently returned from studies in Eretz Yisroel, and currently works as an electrician in Lakewood, and Learns at night.

“I look forward to being able to give back to our community in a respected way,” Vromie tells TLS.

The fire academy class is approximately six months, and 180 hours of training.

Yosef Mutterperl joined the Lakewood Volunteer Fire Department approximately five years ago, paving the way for many others within the Frum community. The most recent Ocean County Fire Academy class which graduated last month featured several Frum firefighters, and the upcoming class in August has several others.

The Lakewood Volunteer Fire Department consists of five fire companies, and is comprised of approximately 90 active firefighters and fire police.

Vromie will be joining Station 66, also known as Jr. Hose Company #3, the same station his father serves in.

“I’m very proud of him following in his father’s footsteps, and taking on the responsibility of volunteering,” Yosef Mutterperl told TLS.