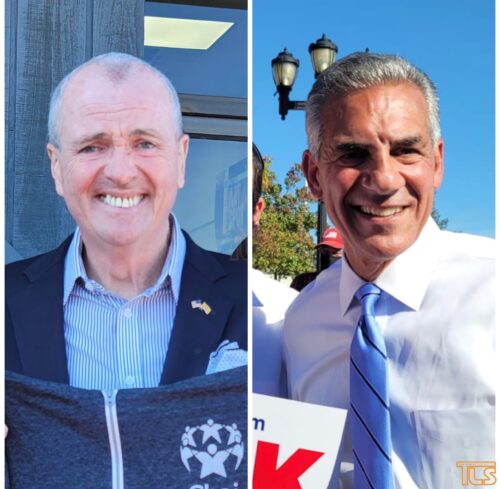 It’s been a while since elections, but the Lakewood Vaad is now opening up for the first time – and exclusively to TLS.

Many have been trying to understand the Vaad’s position in the recent elections, the calculations they made when endorsing Murphy for reelection, and their take on the fierce battle which took place in Lakewood.

“Now that the dust has settled, it’s a good time to reflect on the recent election and its down to the wire outcome,” the Vaad said.

Jack really seemed to be a nice guy, and did make extensive rounds on Lakewood’s streets. But that’s as far as it goes.  While that was less than the major polls predicated, it was a loss. And a loss is a loss, and in the end there is a tomorrow. Askonim will still need to battle against arbitrary Covid lockdowns and advocate for tens of millions of dollars for Yeshiva and Bais Yaakov bussing, in addition to a host of other crucial needs of the Kehilla.

Much has been written in both the frum and secular press about the outsized role Lakewood plays in New Jersey politics, and what the role and influence of the Lakewood Vaad has in that role.

In the end, four thousand plus Lakewood frum voters followed the Vaad’s recommendation to vote for Governor Phil Murphy over challenger Jack Ciatterelli, and for that they deserve a huge Yosher Koach.

Supporting the sitting Governor was not the Yossel in the Street popular choice, but it was the right choice, as I will attempt to explain.

So in the end what was gained by all the Machlokus and the barrage of Pahkevilin, robocalls, blaring sound trucks and the hock in the streets? I certainly don’t know, but I know what was lost. A very precious commodity, Achdus of a Kehilla. In the end the in-your-face Machlokus caused such confusion that most frum voters choose to stay home. On the one hand, not wanting to go against the wishes of Roshei Yeshiva, Rabbonim and long-time askonim. Yet still unsure which ‘side’ was right. A lose, lose all around.

In the end, and with much Siyata Dishmaya, the 40 percent that voted as the Vaad recommended will allow Lakewood’s officials and  askonim to pursue the vital interests of Kehilla without the sneers of a Democratic Governor, State Senate and Assembly. After all, candidates are human and being kicked in the teeth, especially in a close election, does not bode well for successful Askonius. Vhameivan Yovin.

You might be wonder why is a 40 percent showing a ‘win’? Because we all know that the frum community, which are the majority of the voters of Lakewood, are heavily predisposed Republican and have a strong conservative bent on social issues. With this demographic, 40 percent is a respectable showing. As an aside, and to our deep regret, there was very little difference in the left liberal views of either candidate on issue like assisted suicide, the toeiva agenda and natural right of the unborn to live.

If this was a popularity contest of the Vaad’s credibility, as some pundits suggested, the Vaad could easily have supported Jack, and walked away with an 80 percent vote of confidence. This would have spared the Kehilla a gut wrenching down-to-mat wrestling match and would have been a very safe bet in in Lakewood. But it would have violated our long-time principle, underlined by our Roshei Yeshiva past and present, to express Hakoras Hatov to those who went out of their way to recognize and accommodate Kehilla needs in very trying times. And it would have traded short-term chest thumping popularity for a reckless blindness of the Kehilla’s serious ongoing and future challenges.

On a scale of 3, we scored a 2.5 on our (somewhat fluid) criteria in supporting a candidate.

1) We showed a measure of Hakoras Hatov that was due to the Govornor
2) We backed a winner
3) On backing a candidate with values close to our Hashkafa, we drew a tie, as both candidates supported radical leftist social policies.

And let’s be Mispallel that as Kehiila we can all do better next time.

And thank you again, four thousand.”