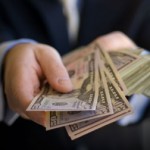 An upturn in recycling markets is providing a financial boost to Ocean County’s Recycling Revenue Sharing Program. “We will be distributing more than $357,000 to our participating municipalities in the next few weeks” said Freeholder Director James F. Lacey. “This is almost three times the amount we were able to distribute in the fall.” The payout for recyclables for six months from July to December is $10.97 a ton, noted Lacey. Lacey said the revenue that comes from recyclables is related to demand and changes in the marketplace. He noted that some prices are on the rise again.

“We have seen a dramatic change in price for commodities like cardboard, steel, newspapers and some plastics,” Lacey said. “There is a large overseas market for much of this material and it has been providing us with a good return.”

“Everything is trending up,” Lacey said. “We are hopeful it will continue that way.”

He added that those numbers equate to a strong dividends to participating towns. He noted Toms River will receive $61,552, Lakewood will get $51,676, Stafford Township will receive $27,426 and Beach Haven will receive $5,758.

“Towns of all sizes get to share in the benefits of recycling in Ocean County,” Lacey said.

Lacey also emphasized that the greatest savings from recycling is by towns being able to avoid the tipping fee at the Ocean County Landfill.

“By recycling more than 32,000 tons of material, towns saved over $2.5 million that would have been spent had these items gone to the landfill,” Lacey said. “These savings are substantial and should serve as good reason for residents, businesses, schools, and municipalities to recycle even more.”

Lacey said he is optimistic that when the county and its municipalities change over to single-stream recycling in the next few months, the rate of recycling will climb.

“Single-stream recycling allows our residents to put all their materials – newspapers, junk mail, aluminum cans, plastic bottles and the like – into one container for pickup,” Lacey said. “This is the most convenient way to recycle. We hope everyone will embrace this new process.”

Municipalities will determine when they will implement the changes in recycling collections and notify residents of the changes.

“Since we began operating our materials processing facility in Lakewood in 1991, we have processed 1,324,140 tons of materials resulting in a total savings of $95,549,942 by avoiding the tipping fee at the landfill,” Lacey said. “The most important reasons why the county got into recycling were to help municipalities save on tipping fees and to preserve landfill space. This program combines financial benefits with significant environmental advantages.”

Since the revenue sharing program began in 1995 by the Ocean County Board of Chosen Freeholders, about $15 million has been returned to municipalities for their participation in the county’s recycling program. Jackson Online.