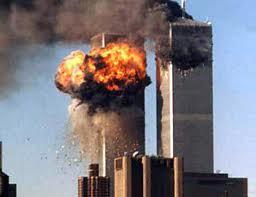 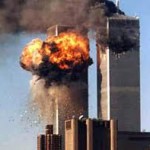 [UPDATED] Lakewood Mayor Menashe Miller and the Lakewood Township Committee have enacted a resolution to join the national Moment of Remembrance recognizing the 10th anniversary of September 11, 2001. Township officials will hold a 9/11 memorial observance beginning at 12:45 p.m. in the auditorium of the Lakewood Township Municipal Building, Third Street, Lakewood, to coincide with the national moment of silence at 1:00 p.m. proposed by a resolution of Senator Frank R. Lautenberg and the U.S. Senate.

Mayor Miller, a Major in the Air Force, says the observance in Lakewood will include an invocation, the national anthem, a prayer for our current emergency volunteers, memorial candle lighting, a moment of silence for one minute at 1:00 p.m., a video presentation, and a benediction.

Mayor Miller is asking that anyone who is a survivor of the 9/11 tragedy or who has a relative who perished to contact his office 732-364-2500 Ext. 5200 with their names and phone numbers so that the township can pay proper respect and present those individuals with a township proclamation.

The Lautenberg resolution also urges those who cannot attend the memorial, to cease all work or other activity for one minute, beginning at 1:00 p.m.; and to mark the moment in an appropriate manner, such as ringing bells, blowing whistles, or sounding sirens.

Mayor Miller says, “Our country will never forget what happened on September 11, 2001 – where we were and what we were doing. We will always remember the heroic service, actions, and sacrifices of our first responders, law enforcement personnel, state and local officials, volunteers, and countless others who helped innocent victims.  We will always honor the armed forces, homeland security and law enforcement personnel, and their families who are continuing to protect us ever since.  We will work tirelessly to defend the freedom and security of our great nation.” TLS-PR.

UPDATE:  The following is a statement from Police Chief Rob Lawson:

The Mayor and Twp Committee have passed a resolution concerning the 10th Anniversary of the terrorist attacks which occurred on September 11, 2001.  The Committee is encouraging the observation of a moment of remembrance to last for one minute beginning at 1:00pm EST and to whatever extent practical ceasing all work or other activity and marking the moment in an appropriate manner, including the ringing of bells, blowing whistles or sounding sirens.

All officers in police vehicles who are not handling calls will sound their vehicle’s siren for about 60 seconds when advised by police dispatch that it is the appropriate time. [See TLS report here] This notice is being put out so that all community members are aware of what is occurring and not be concerned that something else of a serious nature is happening.