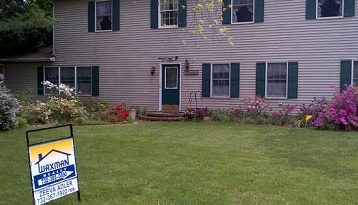 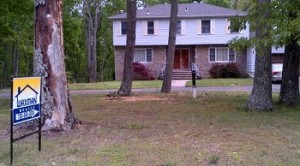 by K.E. It seems long ago, but for many years prior to 2006, the Lakewood real estate market was booming, with continuing price increases, and short time periods from when a home was placed on the market until it went under contract, creating a strong seller’s market.

Prices came down over the next few years, and then remained flat. While slightly delayed as compared to the national market, the Lakewood market followed the national trend, especially in areas where investors had bought many homes.

Prices dropped, but buyers did not rush to buy. They figured – correctly – that prices would decline even further. Many investors unloaded their inventories, or lost their homes in foreclosure or through short sales, causing prices to decrease further.

With prices being more affordable, and with investors not competing against them, many first-time homebuyers bought at good prices, improving neighborhoods as they bought many tenant-occupied homes, establishing new younger neighborhoods.

Prices started climbing in early 2013, and after Pesach a year ago, the market came back even stronger. This was driven by very low interest rates (as low as 2.25% for first-time homebuyers), and a glut of homes that had been on the market for extended periods.

While there was a relative slowdown after the summer in 2013 because of rising interest rates and the looming government shutdown, buyers still bought because they feared even higher interest rates and higher home prices. In particular, the prices of new duplex units and larger newer construction townhouses increased substantially.

Recently, in 2014, there are two additional factors that are driving prices higher, especially for lower priced homes and condominiums.

Many prospective first-time homebuyers applied for and received Hurricane Sandy grants, ranging up to $50,000.00. On top of that, the rental market has become extremely tight, driving rental prices up, and causing many prospective tenants to become homeowners. In addition, with rental prices of basements going for as much as $1,250.00 to $1,300.00 for very large, new basements, it has become more attractive to buy instead of rent.

Regarding the current market, Blima Goldberger of Waxman Realty commented, “An additional reason why the market is so strong is because of a lack of inventory in both available homes for sale, an in available rental options. Finding a rental is not only problematic, but has become a crisis that is affecting the real estate market across the board”.

Unfortunately, the volume of newer construction is not keeping pace with the increasing population. With decreased inventory, the growing community has spread further out. Belz and others have bought south of Route 70. Many have moved into Jackson, west of Pine Park towards the Jackson NPGS; others have moved far off Hope Road. On the east, many families have moved to the end of Raintree, all the way down East County Line Road and Lanes Mill Road.

(Thank you P.G. Waxman of Waxman Realty for assisting with background information).