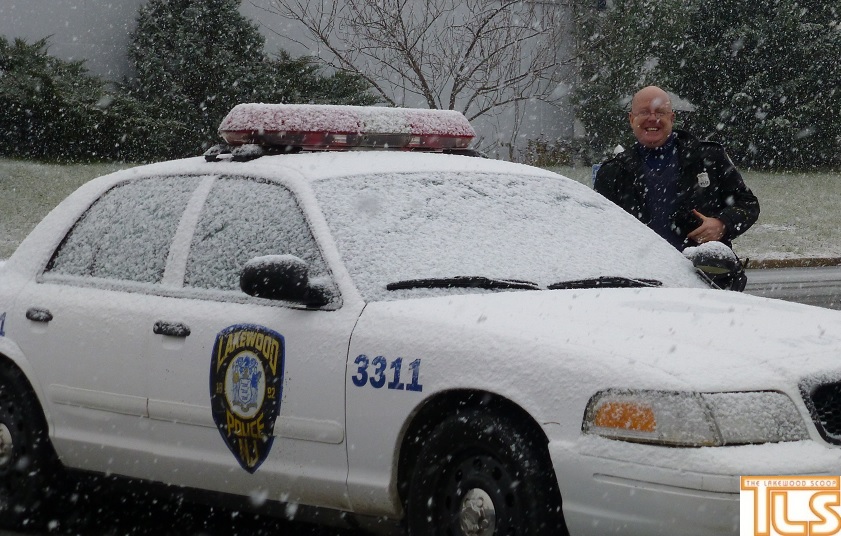 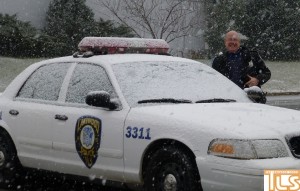 VIDEO: Lakewood Patrolman Officer Peter Vogel will be retiring from the Lakewood Police Department tomorrow, after nearly 29 years of service to the Town.

“It’s been an honor to serve my home town for almost 29 years,” Officer Vogel told TLS. “Lakewood is absolutely like no other town – it’s a great place to grow up and even greater place to work,” says Vogel.

Vogel, 49, served on foot patrol in the Downtown area for about 18 years, before switching to other duties. During the time on foot patrol, and beyond, he came in contact with thousands of community members, many whom he formed a close relationship with.

“The town has been very good to me,” says Vogel – who was known throughout the town for his kind and good-hearted nature and trademark smile. “I hope I treated everyone with the same respect I was treated with.”

The relationship he had with the town was clearly evident when his daughter was in the hospital and received dozens upon dozens of e-cards – breaking a hospital record.

Officer Vogel will have a public walkout ceremony later this month. [TLS]