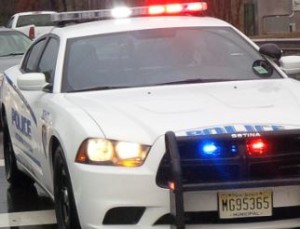 Two alleged drug dealers were arrested by Lakewood police officers after a foot pursuit, police said today. At approximately 11 p.m. on September 6, Officer Edguardo Vega was traveling west on Laurel Avenue in his patrol car when he spotted two men, one of who discarded a yellow plastic bag on the ground upon seeing the office. The two then fled the area.

Officer Vega stopped to investigate the discarded bag, and upon closer inspection he discovered over 80 packets of heroin. He then advised other officers in the area of the discovery.

After a brief foot pursuit, both men, brothers, identified as Armond and Amir Conover, 20, of Lakewood, were apprehended.

Both were charged with Possession of CDS, Possession of CDS with the Intent to Distribute and Resisting Arrest by Flight. Bail was set by the Honorable Judge Basen in the amount of $10,000 no 10% each.