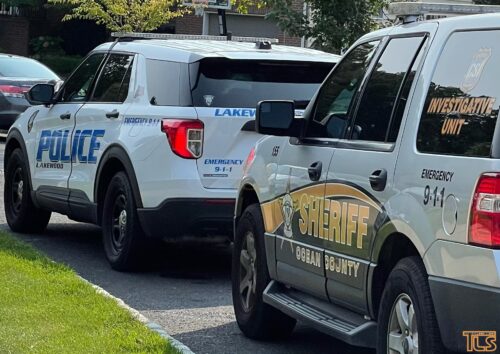 A man is in custody in connection with multiple commercial burglaries around Lakewood.

The Lakewood Police Department Detective Bureau was investigating a series of commercial burglaries that occurred between November 3rd and November 9th. Evidence recovered from each scene depicted a Hispanic male wearing a notable trench coat. While operating in the area of Martin Luther King Drive, detectives assigned to the Street Crimes Unit, observed a man fitting the suspects description. Believing that he was about to, or recently, engaged in drug activity, the unit initiated surveillance of his movement.

As the suspect, identified as 46 year old Jonas Tejada of Lakewood, continued to roam about the area going from the breezeway to the corner of the complex members of the Lakewood Civilian Safety Watch began arriving on location after advising the police department that the burglary suspect was in the area. Upon the arrival of Patrol Units, Tejada was approached and found to be in the possession of illegal drug paraphernalia.