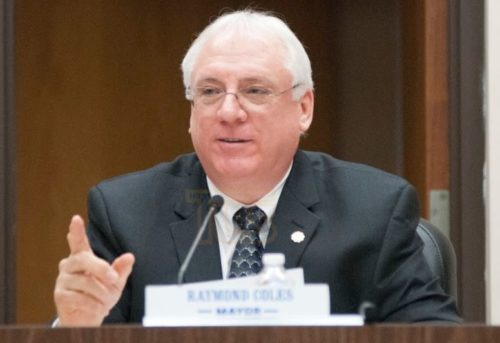 Below is an email I sent well over a month ago to the Ocean County Officials regarding the hazard that exists on James St at the railroad tracks.
Please forward to the appropriate parties as soon as possible.

I reside in Lakewood, NJ, in close proximity to William St and James Street. James St is a road that is handled by the County.
In recent weeks there has been roadwork consisting of scraping and repaving of James St from the intersection of Freedom Dr until the Conrail railroad tracks.
While the stretch of road has been nicely paved, it appears that the scraping removed a deep layer of the original roadway. Currently, when driving east from Freedom Drive there is a noticeable dip in the roadway. The real issue exists where James St intersects the tracks when traveling West there is a considerable jolt and “hump” in the roadway. In addition, there is a large pool of water at the tracks after a considerable rainfall.
We would appreciate if the road crew can inspect and repair the roadway expeditiously.

Thank you for your public service.

This came up yesterday as well. The county is waiting on a final DEP permit to complete the work by the tracks. Once this is received, the hump will disappear. The other work was done during the summer when many folks are away to minimize the disruption paving would cause at other, busier times of the year.

Thanks for reaching out.

Have a question for the Chief? Send it to [email protected]