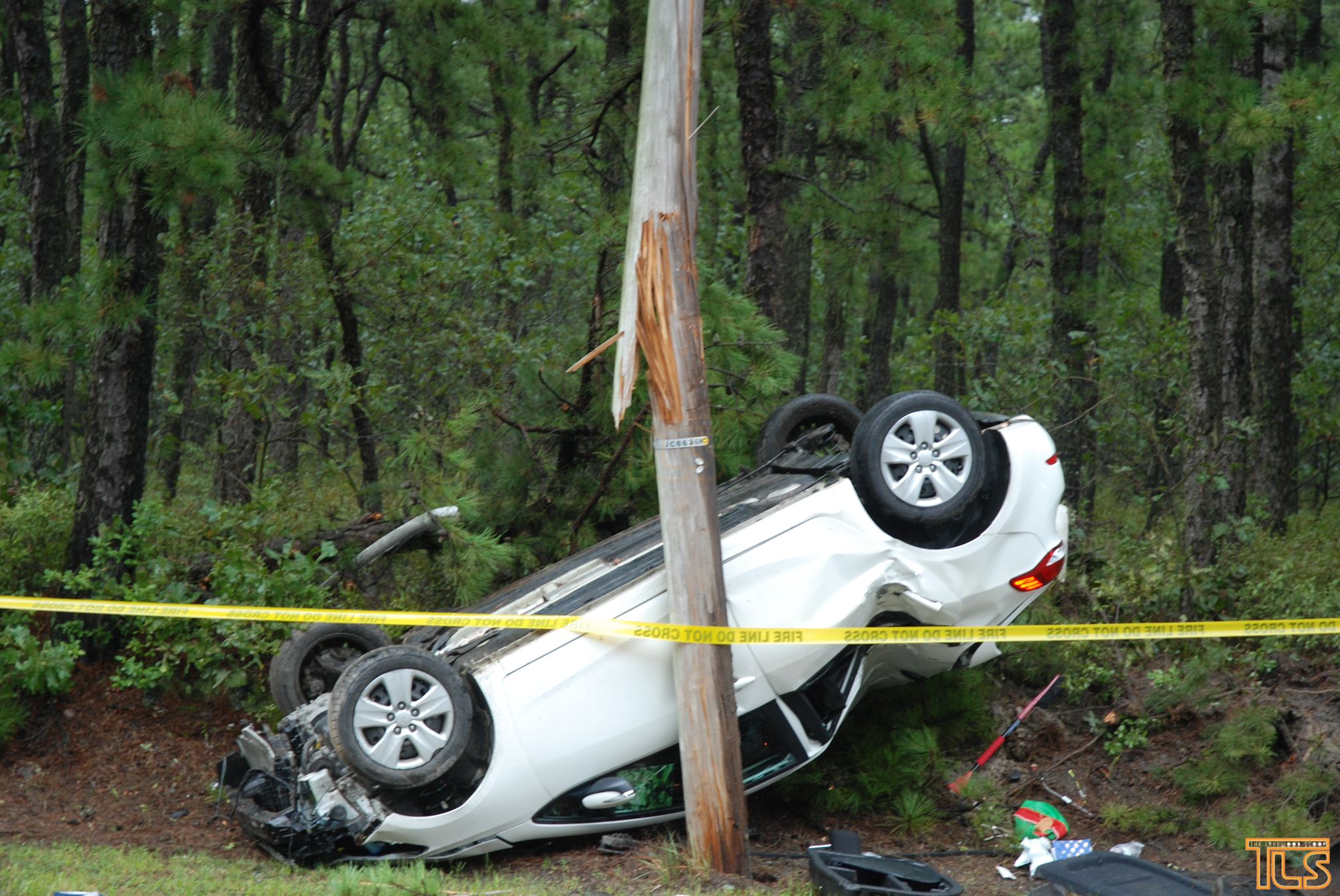 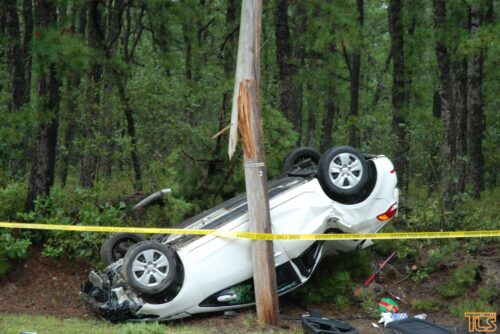 A Lakewood man was hospitalized after his vehicle flipped in Manchester.

At approximately 1:15 pm yesterday, officers from the Manchester Township Police Department responded to the area of County Route 539 near mile mark 21.5, in the Whiting section of the Township, to investigate a motor vehicle crash involving a single overturned motor vehicle.

Upon arrival, officers observed a white 2016 Kia Forte overturned on its roof along the wood line in the northbound shoulder, leaning onto a utility pole with extensive damage throughout the vehicle. The investigation revealed that the Kia was traveling northbound on County Route 539, when the vehicle left the travel portion of the roadway, and entered onto the dirt shoulder. The Kia continued to drive on the dirt shoulder, drove up the wood-line embankment causing the Kia to become airborne and overturn. The Kia then impacted a tree and a utility pole where it subsequently landed on its roof, between a utility pole and the wood line embankment. The driver of the Kia, 24-year-old, Justin Thomas of Lakewood, was located upon officers’ arrival, outside of the vehicle, sitting on the wood-line embankment. Thomas, who suffered head trauma, was driven via ambulance to Jersey Shore University Medical Center in Neptune for non-life-threatening injuries. Thomas was identified as the sole occupant of the Kia.

Assisting at the scene were EMTs from the Manchester Township Division of Emergency Services, as well as, Paramedics from Robert Wood Johnson University Hospital. Also assisting at the scene were members of the Manchester Township Division of Emergency Services Fire Department and Whiting Volunteer Fire Department. The investigation into the crash is still ongoing, but at this point, failure to maintain lane and unsafe speed during rainy weather conditions appears to be the primary contributing factors. This crash is being investigated by Patrolman Michael O’Hara of the department’s Traffic Safety Section. 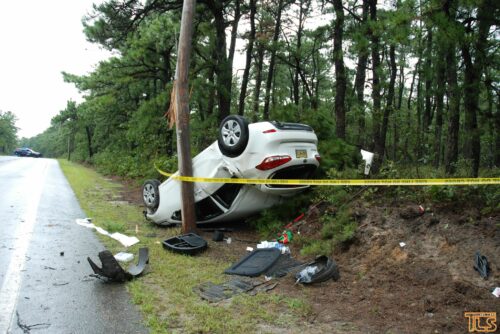