Lakewood Man Dies after Being Struck Twice on Route 70 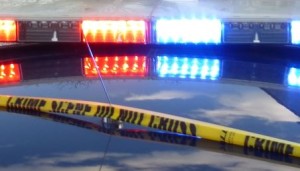 A Lakewood man died after being struck by a vehicle on Route 70 last night, Toms River Police say. At about 11:21 p.m. last night, Police and medical units responded to the area of Route 70 and Whitesville Road in reference to a pedestrian that had been struck by a car, as reported last night on our News Alerts (@lakewoodscoop).

A 67 year old Manchester resident was traveling West on Route 70 and had already crossed over Whitesville Road when the front of his car struck Jagit Singh-Kandah, 30, of Lakewood. Mr. Singh-Kandah was apparently crossing route 70 in a Southerly direction when he was struck by Mr. Gesualdo.

After the initial impact, as he was lying in the roadway, he was hit by a second vehicle that was traveling West on Route 70. That vehicle then pulled into the Rite Aid Pharmacy parking lot and fled the scene in an unknown direction. It is believed to be a silver or light colored, small boxy sport utility vehicle.

Mr. Singh-Kandah was transported to Monmouth Center Southern Campus for treatment of multiple injuries. Despite the physician’s attempts, he passed away at 12:16 a.m.

Anyone with information on this crash should call investigating officer Kenneth Thomas or Officer Brian Doyle at 732-349-0150. [TLS]