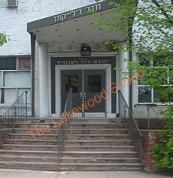 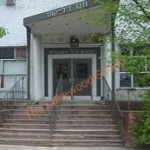 A 39-year-old Lakewood man on Monday pleaded guilty to aggravated assault in a random baseball-bat attack on a rabbi that sparked widespread attention in Lakewood’s Orthodox Jewish community. Lee Tucker Jr. of Ventura Drive admitted to Superior Court Judge Francis R. Hodgson that he attacked Rabbi Mordechai Moskowitz with an aluminum baseball bat on Oct. 9, 2007, in Lakewood. Responding to questions posed by his attorney, Glenn Kassman, Tucker acknowledged that he struck Mordechai, a stranger, three to six times on the head with the bat. Questioned further by Assistant Ocean County Prosecutor Michael Weatherstone, Tucker conceded the action was an attempt to cause serious bodily injury to the victim.

Moskowitz, a third-grade teacher at Lakewood Cheder School, was walking to synagogue to pray when he was attacked just after dark at Princeton Avenue and Carey Street in Lakewood. Authorities said Moskowitz, then 53 and a Lakewood resident, required hospitalization at a rehabilitation center for severe injuries to his face and head.

Tucker had been charged in an indictment with attempted murder and weapons offenses, but the prosecution, in a plea bargain, agreed to dismiss the weapons charges and to downgrade the attempted murder charge to second-degree aggravated assault, which is punishable by five to 10 years in prison.

The victim, who was not in court, approved of the plea bargain, he said.

Weatherstone said he will ask for a 10-year prison term for Tucker when he is sentenced on Jan. 29, although Kassman said he will argue for a shorter term. Tucker will have to serve 85 percent of any prison term he does receive before he can be considered for release on parole, under the state’s No Early Release Act for violent criminals.

If he had been convicted of attempted murder, Tucker would have faced up to 20 years in prison.

The attack on Moskowitz received widespread attention in the Orthdox community. The Vaad, Lakewood’s council of Orthodox leaders, and the Anti-Defamation League offered a $25,000 reward for information leading to an arrest and conviction in the case.

An intensive investigation by Lakewood Detective Steven Wexler and prosecutor’s Detective Carlos Trujillo-Tovar led to Tucker’s arrest 15 days after the assault and eight blocks away from where it took place.

Tucker was first questioned by police about the crime two days before his arrest, when he was discharged from Ancora Psychiatric Hospital in Winslow.

Authorities said they never learned a motive for the attack, but had no information to believe it was motivated by religious bias.

Kassman said that while Tucker’s mental illness did not amount to an insanity defense, he said it is a point he will ask the judge to take into consideration when the defendant is sentenced. APP