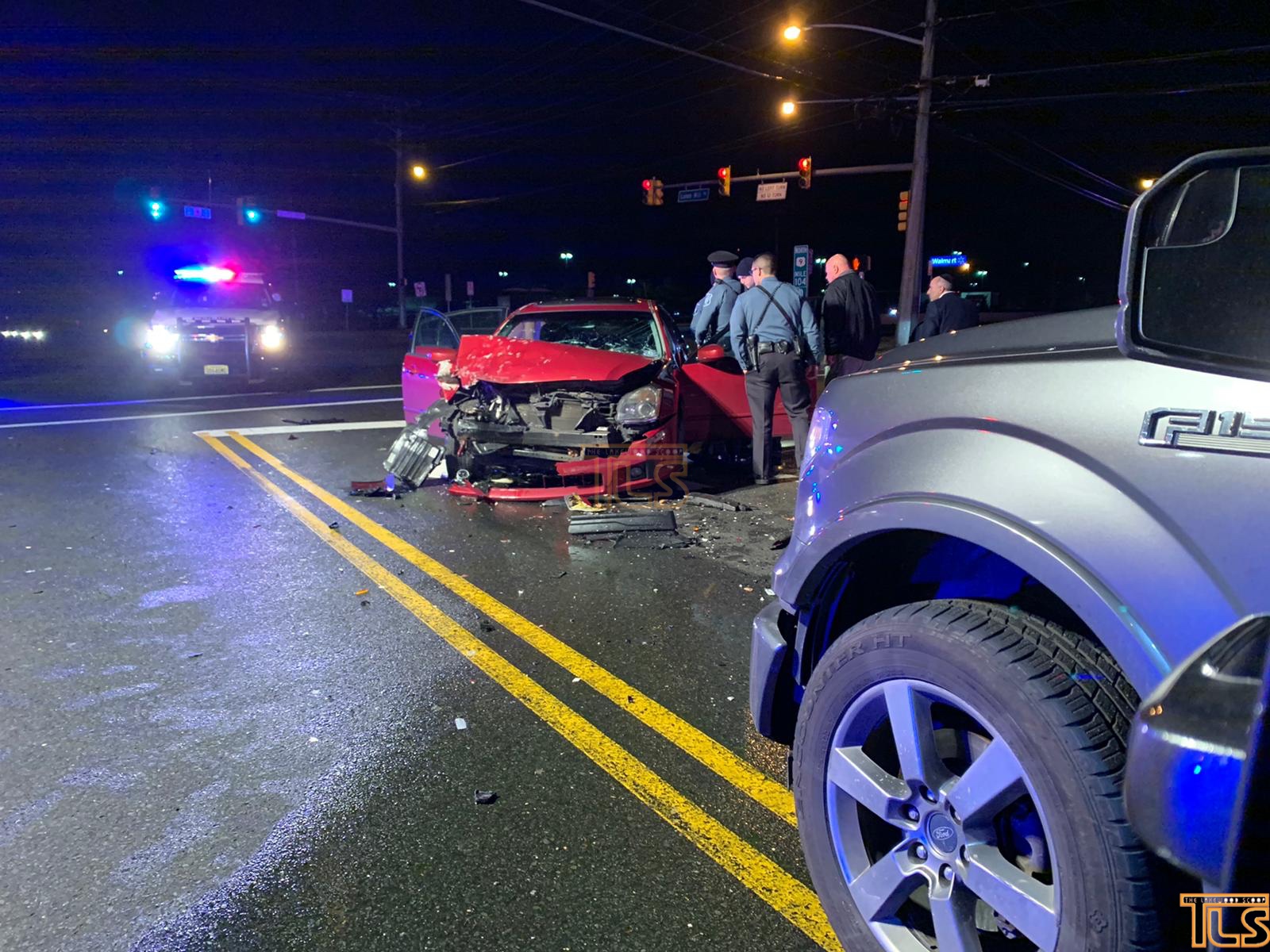 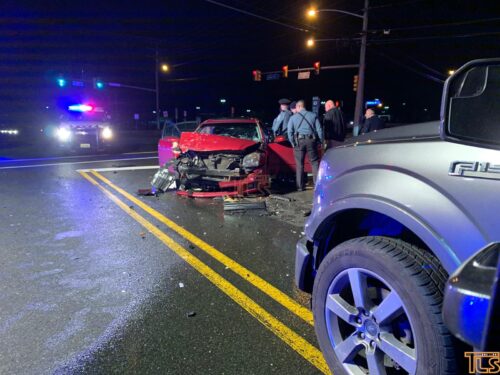 A member of Lakewood First Aid squad was involved in an accident this evening on Route 9 in Howell, and treated the alleged DUI driver who struck him.

The member told TLS he was sitting at a red light when a red vehicle inexplicably turned directly into his SUV, damaging both vehicles.

The driver of the red vehicle was apparently under the influence when the accident occurred – an alcohic beverage was reportedly also found on his person.

After being struck, the EMT got out of his vehicle and administered Narcan to the patient, but he remained unconscious as they transferred him to the ambulance. The emergency services member was uninjured.