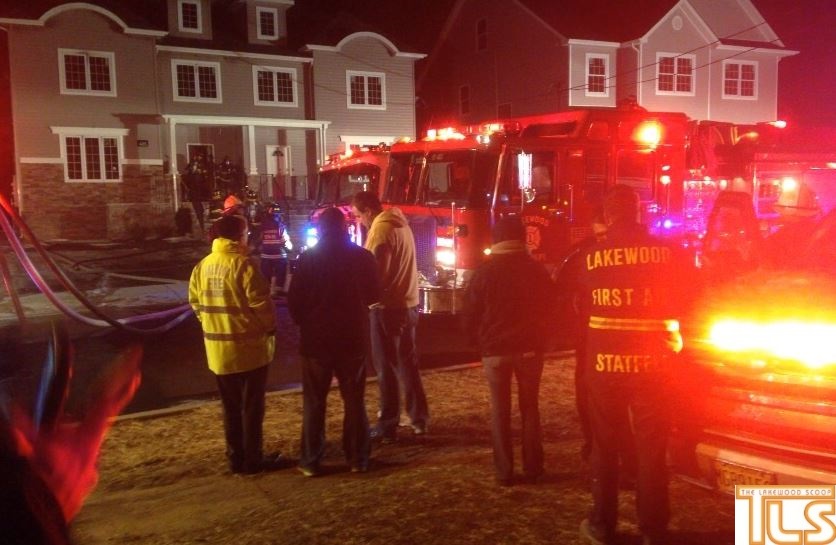 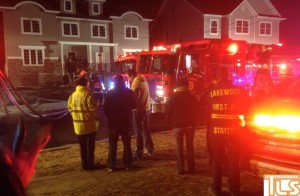 A Lakewood Firefighter was hospitalized with smoke inhalation this evening, officials confirm to TLS.

The firefighter was one of dozens of emergency responders who responded to a structure fire on School Street around 8:15 PM, as reported on our news alerts at the time.

The arriving firefighters reportedly found flames shooting from the home still under construction, but managed to knock down the flames a short time later.

“The home is destroyed,” a firefighter told TLS. “The kitchen floor fell through, and every piece of sheetrock we tore open had flames inside. It must have been cooking for a while.”

Firefighters remained on scene until after 11 PM to ensure there were no flare-ups, officials said. 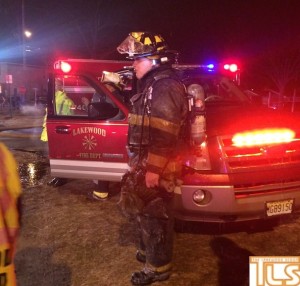 The firefighter was transported by Lakewood First Aid to Monmouth Medical Center Southern Campus, but is expected to be released later this evening, officials told TLS.

The cause of the fire is under investigation.