Lakewood Begins To Talk With EMS Union, Langert Says: No One In My Family Will Gain If We Privatize The Department 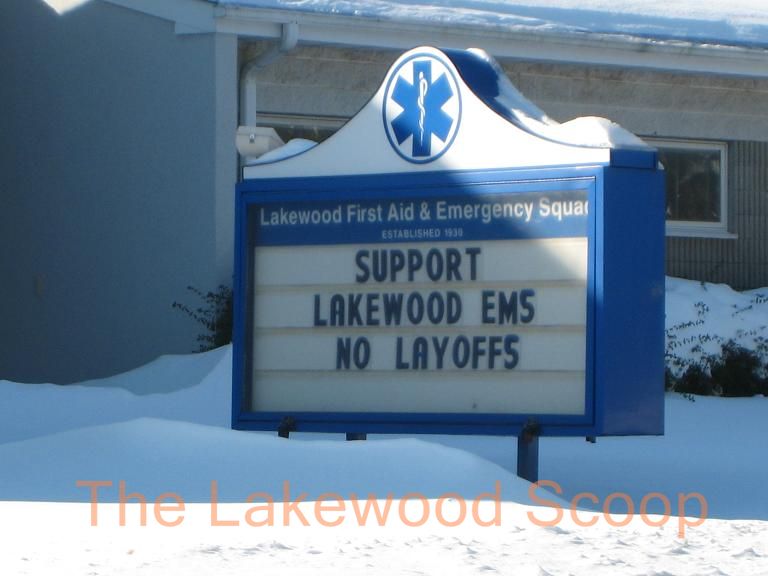 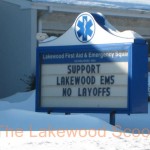 For the first time since announcing their intention to dissolve the Emergency Medical Services Department late last year, township officials have started negotiations with the EMS union, signaling new hope for some 28 employees facing layoffs. “We have a dialogue with the township at this time, which there hadn’t been before, so that’s good news,” said Shannon Ortiz, of Local 380 of the Firemen’s Mutual Benevolent Association union. The cost-cutting decision to seek an outside first aid company to replace the EMS after 30 years has been met with some backlash, primarily from senior citizens.

Also, a major medical supplies company in Lakewood sent a letter to the Township Committee in December pledging to donate a year’s worth of supplies if the EMS unit stays.

“Lakewood Township EMS has survived many previous recessions,” Michael Einhorn, president of Dealmed Inc., wrote in the letter. “I believe collectively we can overcome these financial challenges, and we are here to help.”

Township officials, citing a $770,000 EMS budget deficit last year, contend a privatization would save between $800,000 to $1 million. Between 10 and 12 part-time and 16 full-time workers would lose their jobs. Contract proposals from the handful of ambulance companies in the area are due next week.

Yet, EMS Supervisor Scott Carter stressed the importance of having responders with 30 years’ experience in Lakewood to handle the complexities of this diverse and largely religious town.

For example, “there’s an understanding of the Sabbath on Saturday and how we can and cannot handle certain things,” Carter said, referring to the Jewish day of rest that prohibits observant Jews from operating such items as electronics or phones. “Our staff is trained specifically to the needs of Lakewood.”

Mayor Steven Langert said the committee will take that issue into consideration. Langert also rejected rumors that a relative of his operated an ambulance company that stood to benefit from removing the EMS department.

“There is no member of my immediate family, whether it is a brother, sister, brother-in-law, sister-in-law, uncle, aunt, cousin or any relative of mine that I can think of who owns an ambulance company, and as far as I know, there is no one in my family who will gain if we privatize the EMS Department,” he said in a local news publication.

The only committee member likely to recuse himself from a vote on privatization is Robert W. Singer, a Republican state senator who has ties to Kimball Medical Center, which is in the township and uses MONOC paramedics. Zach Patperg/APP