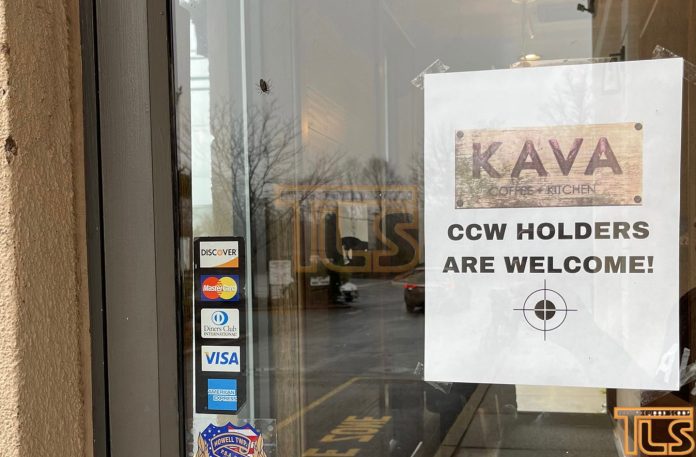 Earlier this week, TLS first published a photo of the CCW sign hung up on the door to Kava Coffeehouse in Howell.

The picture went viral, receiving hundreds of comments on social media, and shared across dozens of gun rights pages around the Country.

While some took issue with people being allowed to carry concealed guns at a shop, most readers were in support of the bold move.

Some of our non-Jewish readers from out of state even commented they’ve never heard of the place until now, but said they’d make the drive to Howell to show they’re support.

“It went absolutely crazy!” Sheya, Kava’s proprietor told TLS. “I didn’t expect this to go that viral – I also didn’t realize how many thousands of people from around the country read the Scoop.”

Since the posting, Sheya says dozens of new customers – many non-Jewish – visited the restaurant in a show of support.

Sheya says he received a couple phone calls from people stating they would no longer come to his shop because they were afraid of people carrying guns.

“You will always have those people who don’t like things, but for the most part, the feedback has been overwhelmingly supportive,” Sheya said. “Interestingly,” Sheya added, “people don’t realize there are many CCW holders around them daily, they just don’t know it, because they are concealed.”

The sign came as New Jersey seeks to prevent CCW holders from carrying on private property unless expressly allowed by the owner. 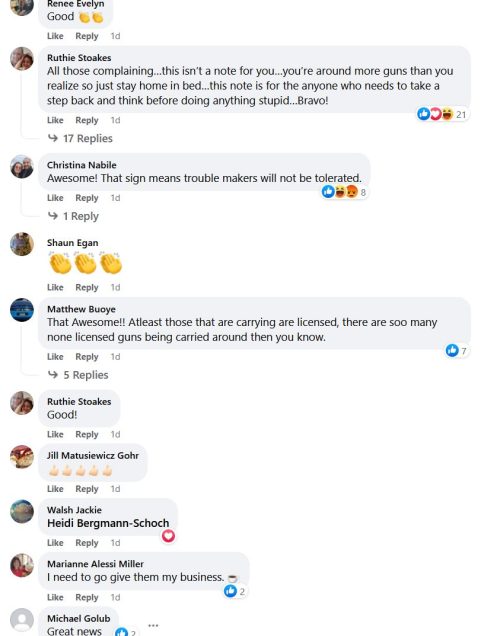 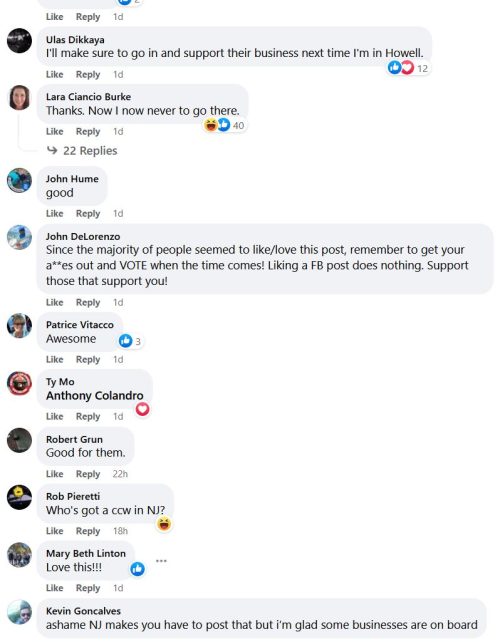