JUST IN – UPDATE: Lakewood Man Dies after Drowning in Manchester 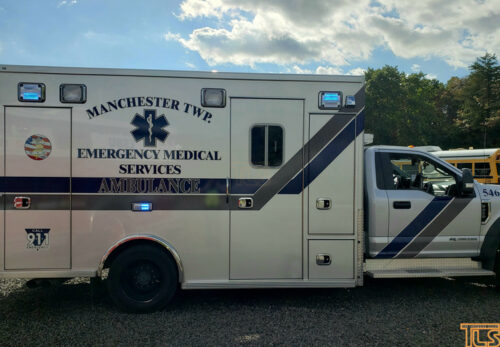 One of the three swimmers who were rescued in Manchester yesterday has died, police say.

At approximately 4:15 p.m. yesterday, members of the Manchester Township Police Department responded to the Harry Wright Lake for the report of a missing swimmer/ possible submersion.

Upon arrival, officers and rescue personnel gathered additional information, at which time it was determined that three male swimmers had developed fatigue while attempting to swim from one side of the lake to the other.

The swimmers were identified as 35-year-old Santos Chacon-Hernandez, 43-year-old Rojelio Chacon, and 27-year-old Ever Mejia-Chacon, all of Lakewood Township. Rojelio and Ever were assisted to shore by good Samaritans who observed them in distress. However, Santos became submerged underwater and was unable to be located. He was subsequently located and rescued from beneath the surface by members of the Whiting Volunteer Fire Department and Manchester Career Fire Department. Life saving measures were initiated and Santos was subsequently transported to Community Medical Center by Manchester EMS along with Paramedics from RWJ. Rojelio, although alert and conscious on scene, was also transported to Community Medical Center by Manchester EMS for further evaluation. Ever did not require additional medical treatment.

This morning, at approximately 5:00 am, Manchester Police were notified by Community Medical Center personnel that Santos was pronounced deceased. This incident is being investigated by the Manchester Township Police Investigations Bureau. The preliminary investigation indicates the drowning to be accidental.