JUST IN: NJ Bill to raise minimum smoking age to 21 signed into law; NJ 3rd State in the Country to do so 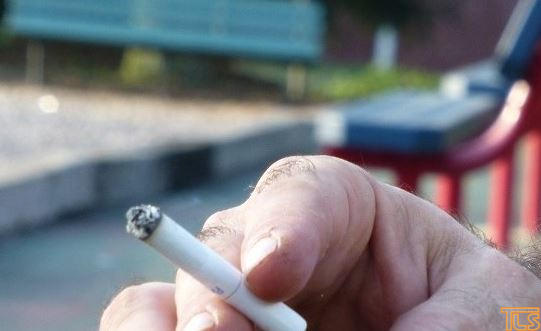 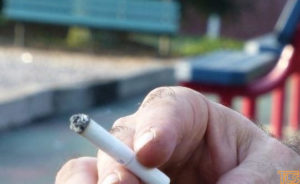 Legislation raising the minimum age to buy tobacco products and electronic smoking devices from 19 to 21 years of age was signed into law by the Governor today. The bill was sponsored by Senator Richard J. Codey and Senator Joseph F. Vitale.

“The Governor and I have finally found an issue that we agree on – helping to save lives,” said Senator Codey (D-Essex, Morris). “Every day, more of our youth become addicted and we simply can’t allow it to continue. This law will help prevent the deadly consequences of smoking at the same time it will save taxpayers billions of dollars in health care costs.”

The annual health care costs in New Jersey directly caused by smoking are $4 billion, according to statistics reported on the Campaign for Tobacco-Free Kids website. Of that figure, an estimated $1 billion is covered by the state Medicaid program. The amounts do not include health costs caused by exposure to secondhand smoke, smoking-caused fires, smokeless tobacco use, or cigar and pipe smoking. In New Jersey, it is also estimated that 5,400 children become new daily smokers each year. Additionally, according to the New Jersey Department of Health, 14.3 percent of youth aged 12 to 18 years smoke in New Jersey.

“Data surveys show that if individuals aren’t smokers by 21 years of age, they will most likely not start later in their lives,” said Senator Vitale (D-Middlesex), chair of the Health, Human Services and Senior Citizens Committee. “Making it harder to buy cigarettes by raising the age to legally purchase them in New Jersey will help prevent our youth from becoming lifelong smokers and suffering the long-term effects of the habit.”

The senators noted that tobacco use remains the leading cause of preventable death in the United States, killing more than 480,000 people each year, as reported by the Centers for Disease Control and Prevention. The federal government estimates that 700 children under the age of 18 become regular smokers each day, and almost one-third will die from it. Additionally, studies have shown that the ages of 18 to 21 are a critical period when many smokers move from experimental smoking to regular, daily use.

In New Jersey, 11,800 adults die each year from their own smoking. Also, 12.1 million packs of cigarettes are either bought or smoked by kids each year. Reports show that about 143,000 children now under 18 and alive in New Jersey will ultimately die prematurely from smoking.

New Jersey would be the third state, after Hawaii and California, to adopt law restricting access to nicotine and tobacco before age 21. In October 2013, New York City enacted an ordinance prohibiting retailers in New York City from selling cigarettes, tobacco products and electronic cigarettes to anyone under the age of 21. The ordinance took effect in May 2014.

The minimum age to purchase tobacco products in all but four states is 18. The minimum age is 19 in New Jersey, Alabama, Alaska, Utah, and the District of Columbia. New Jersey increased the tobacco purchasing age from 18 to 19 in 2006. Some localities in the United States have imposed minimum ages in excess of 19, including 16 towns in New Jersey which have raised the age to 21.