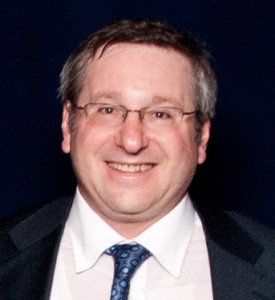 Donald J. Trump today announced the formation of the Israel Advisory Committee to analyze U.S. policy toward the State of Israel, enhance the unbreakable bond between the countries, ensure Israel’s military superiority within the region and research alternative solutions to the Israeli/Palestinian discord. The Committee will make recommendations to Mr. Trump.

Mr. Trump stated, “The conflict between Israelis and Palestinians runs deep. Every president in modern history has tried and failed to resolve this conflict, while both sides continue to suffer. We mustn’t fear taking new, constructive and mutually beneficial steps to advance the cause of peace in the region, recognizing, at all times, the moral and strategic alliance, as well as the unbreakable bond, between the United States and Israel. That’s why I’ve asked Jason Greenblatt and David Friedman to lead my Israel Advisory Committee, to help me take a fresh look at the current conflict and what we can do to help reduce tensions. Events in the region directly affect our national security, and as President I’ll have no greater responsibility than protecting the American people from harm.”

He added, “Jason is a brilliant attorney whom I have known and trusted for nearly 20 years. David is someone I know and trust who has a great love for and knowledge of Israel. I expect this committee to take a fresh look at ongoing issues and recommend to me where the U.S. needs to change course in its approach to one of our staunchest allies and the only democracy in the Middle East, Israel.”

Mr. Greenblatt said, “This committee will recruit people with expertise on Israel and the wider Middle East, to consider ways to strengthen the friendship between the United States and Israel and attempt to foster peace between Israel and the Palestinians. Mr. Trump values and respects people from all nations, and Israel is a beacon of democracy and hope in a region that has suffered under more than its share of tyranny and radicalism. I am deeply honored that Mr. Trump has appointed me to this position.”

David Friedman said, “I have long held the view that it is a core interest of the United States that the State of Israel be safe, secure and the preeminent military force in the Middle East. I look forward to working with Mr. Trump — who I have had the privilege to advise for more than 15 years — and the Committee to facilitate that objective while seeking to reduce tensions in the region.”

Dr. Richard H. Roberts, M.D., Ph.D. has been appointed as the Vice Chair of the Israel Advisory Committee.

Dr. Roberts stated: “It is a great privilege to be asked to join this committee which, among other things, intends to analyze the status quo, seeking input from all parties on potential new solutions to seemingly intractable problems, and to recommend solutions to Mr. Trump.”