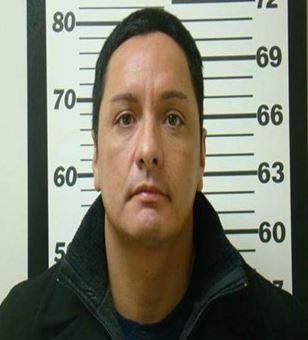 Through their investigation, Toms River Detectives identified 38 year old Michael J. Cassano and charged him with the Robbery that occurred in Toms River on February 5, 2015 at the PNC Bank.

Mr. Cassano was identified by Toms River Detectives Thomas Gross and Jon Turner earlier in the week and they issued a warrant for his arrest. A Superior Court Judge authorized the bank robbery charges and set bail at $250,000.

On Monday afternoon, the detectives were in route to apprehend Mr. Cassano, who resides on 73rd Avenue in Oakland Gardens Queens.

However, prior to arriving they were advised that Lodi Police Department had just arrested Mr. Cassano for a bank robbery that he committed earlier Monday in their town. It was reported that Cassano had robbed a Hudson City Savings Bank in Lodi and fled with $4,000 in cash.

He was arrested a very short time later at a coffee shop a fifth of a mile away. He had the cash and a bb gun in his possession.

Toms River Detectives served Cassano with the charges stemming from the February 5th incident as he was being held for the Lodi crime.