Just A Thought: Public Announcements For Our Benefit 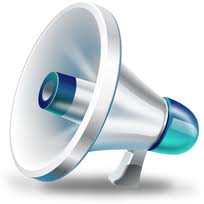 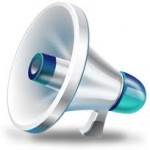 By: Aaron Joseph. I was in Brooklyn for Shabbos, and periodically debated the wisdom of driving back just after Havdala. We all wondered as well will there really be a Hurricane? Will Irene really be the storm of the millennium? Friday, before driving out I too was plagued by the many ominous warnings of what super-high winds coupled with torrents of water will do to anybody in low-lying areas. As much as the good Mayor of New York City droned on the radio depicting various low-lying zones, I could not help but wonder, as my car nosed along the Garden State Parkway (which was free) together with hundreds of thousands of Jersey Shore evacuees, exactly what zone my own home fell out in back in Lakewood. Were there even zones, or were we all in this together?

As I closed in on Flatbush after an over two hour car ride, in beautiful weather mind you, I received a text message informing me of the unanimous P’sak to leave radio 107.9 on low in a side room – just in case…. This storm was developing further then I thought. R Moshe Heineman of Baltimore even Paskined one may drive his car in a life threatening situation. Wow!

Shabbos passed, as I’m sure it did for all of you, with much dramatized speculation, or, for a few, skepticism as to the extent of what was predicted to come. As the rain began to fall during the afternoon we monitored the tops of trees for any strange movement. Not too much was detected. Yet I wryly eyed my car- parked just next to a 50 foot tall tree. What was the wisdom in that, I wondered? Is there some sort of Heter to move it, was this what Rabbi Heinemann was referring too? I know they say Hatzolah is just for emergencies…. But then again, the trees were not moving that much yet.

As Shabbos concluded and with it news that the Verazzano Bridge heading into Staten Island was free, my mind began to lean towards returning to Lakewood right away. Coupled with the fact that aside for some reported heavy rains, Irene- the hurricane- may have been canceled, it became easy to decide that off to Lakewood I would drive. Of course I spent a good few minutes listening ever so carefully to all announcements and predictions, scanning all online sites for all up-to-the minute warnings. As it clearly became evident that all seemed fine- off I embarked.

The ride itself was an overly cautious albeit routine one. There were a few added points of interest, such as I was the only car driving over the Verazzano Bridge or even in its toll plaza- surely a fleeting feeling to savor. Yet I had company on the lanes around me throughout Staten Island, and through most of New Jersey. Seemingly others as well had paid careful heed to what was now being announced for this particular region.

The truly overly harrowing part of the drive was just before returning home, just down Sqaunkum Road on the way back into Lakewood. Two foot deep pots of water swamping the road suddenly hit the car, as the darkened road made those suddenly created lakes hard to spot ahead of time, or the fallen tree limbs in various places jagging suddenly out of the darkness as my headlights slit illumination through the rain. But those eight tense minutes soon enough passed. Of course, I thought, there were no announcements about Squakum Road- how could I have known.  Upon arriving home, the biggest problem seemed to be how to get from the car back into the house through the torrential downpours, but soon enough even the rain stopped for a few minutes.

Home sweet home, and as an added Chesed from the one above, the electricity stayed on.

Through this all I could not help but think. Preparations abounded for a once in a lifetime natural event- take heed- what zone do you find yourself in? Yes- all this for a hurricane prediction- played up by those whose job it is to do so. Yet every single variable of this storm was completely undecided until it arrived, no matter how accurate the forecast.

Soon- very soon- will be the call of the Shofar. Elul is arriving. This, a factual precise announcement: take heed- what zone do you find yourself in? The mighty days of awe are coming very quickly- dare we challenge its announcer? Our Shofar’s message alerts one and all to the event that dictates all lifetime natural events. How carefully and thoroughly we must hearken to the minutest details of preparation. We all just had a great practice run. Make the most of Elul, hopefully throughout next year we will all stay safe and dry. Perhaps, and hopefully, we will all be endowed with added Chesed from the One Above as well.

Public Announcements Are Only For Our Benefit. Let us listen fully to the Shofar.