Just A Thought: A Journey On Cruise Control – I am Fine! 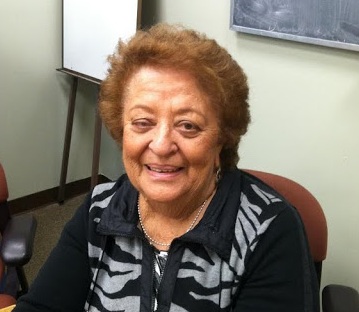 By Aaron Joseph. Today I was a passenger in someone else’s vehicle. We were traveling together to NY. I can’t say I was completely comfortable as a passenger. The truth be told, I’m usually in the driver’s seat and firmly in control. Today I was apprehensive with each swerve I deemed unnecessary by the guy behind the steering wheel, or the cruise control set to about 79 miles an hour. Not exactly my style and I couldn’t just get used to it on the hour long drive to Brooklyn.

As the miles rushed by, I spent time in the passenger seat reflecting on the recent enormous events all within a month of each other. There was Hurricane Sandy that so profoundly affected everybody in the Tri-State area. There was an election that was seemingly upended by the hurricane and which did not sit well with so many. There was the war on Eretz Yisroel that had all freedom loving decent people enraged and so utterly concerned for the lives of our Israeli cousins. What was this world coming to?

Then, suddenly, to make matters far worse, there was the U.N. General assembly vote today, giving “Palestine” observer status. This news coming as a tweet just as my driver nearly put my side of his car into a wall barrier just next to the small green sign which says GSP mile marker 119.5. Of course my heart skipped a beat as the fellow said “sorry”, and went back to his one-sided, blue-tooth conversation.

You really don’t have too many options when you are in a car as a passenger on a highway being driven at nearly 80 miles an hour over a bridge, and you’re just not comfortable with the driving skills of the driver. I suppose if desperate you can ask to be let out on the side and try to thumb a ride. Or be let off at a rest stop on the pretense of an urgent call of nature, and hope to find some other Yeshiva guy there, pretend to be his best friend- whether you know him or not, and go the rest of the distance with him.

Or, you can just stick out the ride and hope for the best- perhaps saying Tefilas Haderech over a second time with extra Kavonah. I opted to stick out the ride. The driver was in essence an OK driver- basically, he was just not my style. After all, I was so used to being in the driver seat that I attributed most of my being uncomfortable to the fact that I was simply not the driver in complete control, just a passenger along for the ride. In the back of my mind I had confidence that I would arrive in all good health at my destination, albeit, without knowing exactly how or when. I was fine.

As my thoughts returned to the U.N. vote, and how crazy it all seemed, and how scary perhaps, and how the world seemed to be running adrift- especially with the prediction that if Greenland and Iceland’s Ice all melt, all the real estate I own would be perpetually underwater, I realized how it all fit so well into the pattern of these last few weeks, and, well, into the car ride I was in the midst of taking just then.

Nope- I was not in the driver seat, not of the car, and not of world events, not at all. Unlike my car driver, the driver of the past months events is the safest, surest, sturdiest, most reliable driver possible. True, I would like to believe that at most times I, me, I am in full control of my life’s events, and I control my own destiny- if not the world’s.

Yet there is a supreme being who always asserts his directive, and we, me and you both, are the passengers on HIS world sojourning through the life HE blessed us with- according to HIS plan- be it a hurricane, an election gone “wrong”, missiles, votes or who knows what else. So being, I am perfectly at ease acknowledging the speed HE has set the world’s cruise control at, to be just right for everybody, and I am perfectly confident that I will arrive in all good health at my destination. With such a driver- I don’t need to know how or when, I am completely in his hands.