Judge Scarola Rules: Since State Belatedly Provided Loan to District, an Emergency Does Not Exist, But Funding of the District Remains A Concern 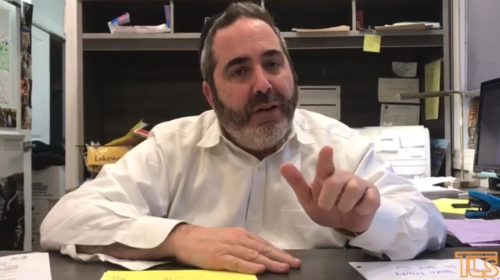 We are in receipt of the INTIAL DECISION of ALJ Scarola moments ago.

We expected the outcome. We achieved the limited results that could be expected under the current legal posture of the OAL (Office of Administrative Law).

We respect ALJ Scarola who is a fine jurist and who I have had the privilege of appearing in front of successfully for numerous years, despite several factual inaccuracies, albeit I am sure inadvertent and without the benefit of any testimony, contained within her Initial DECISION.

However, we do know that only after the Judge herself on June 26th requested that the Department provide letters from the State Commissioner and Treasury were they belatedly produced assuring the District of Loans – not a Grant as the Governor and the same very NJDOE had stated we need.

We agree with ALJ Scarola that the State Monitor has stated in consultation with the NJDOE that Lakewood needs all the money requested.

In fact, in footnote 6, Page 4 of the Initial DECISION the ALJ quoted the exchange that occurred between the Court and myself, to wit, the district is looking for a written assurance that monies will be coming to Lakewood. Only after that, did the letters issue forth despite the State promising in writing that assurances would be received by June 24th.

Lastly, we agree with the taxpayers of Lakewood that they should not be saddled with additional loans.

We also wish Arthur Lang, Esq. only blessings to “fight the fight.”