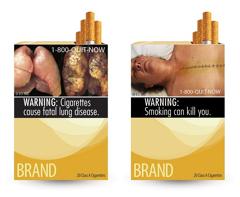 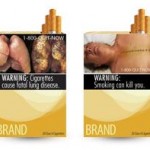 A judge on Monday blocked a federal requirement that would have begun forcing tobacco companies next year to put graphic images including dead and diseased smokers on their cigarette packages. U.S. District Judge Richard Leon ruled that it’s likely the cigarette makers will succeed in a lawsuit to block the new standard. He stopped the requirement until after the lawsuit is resolved, which could take years.

A similar case brought by the tobacco companies against the labels is pending before the U.S. 6th Circuit Court of Appeals in Cincinnati. U.S. District Judge Joseph McKinley upheld most of the marketing restrictions in the law in January 2010. The appeals court heard arguments in the case in July but is not expected to rule for several months.

Leon found the nine graphic images approved by the Food and Drug Administration in June go beyond conveying the facts about the health risks of smoking or go beyond that into advocacy — a critical distinction in a case over free speech.

The packaging would have included color images of a man exhaling cigarette smoke through a tracheotomy hole in his throat; a plume of cigarette smoke enveloping an infant receiving a mother’s kiss; a pair of diseased lungs next to a pair of healthy lungs; a diseased mouth afflicted with what appears to be cancerous lesions; a man breathing into an oxygen mask; a cadaver on a table with post-autopsy chest staples; a woman weeping; a premature baby in an incubator; and a man wearing a T-shirt that features a “No Smoking” symbol and the words “I Quit”

“It is abundantly clear from viewing these images that the emotional response they were crafted to induce is calculated to provoke the viewer to quit, or never to start smoking — an objective wholly apart from disseminating purely factual and uncontroversial information,” Leon wrote in his 29-page opinion. He pointed out that at least some were altered photographs to evoke emotion. More in AP.