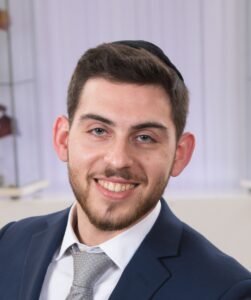 A couple of weeks into Joe Biden’s presidency, not much has changed. The Covid-19 pandemic continues to ravage the country, the government continues to borrow unsustainably and spend artificial money at an unprecedented clip, the Federal Reserve continues to mint inflation and manipulate securities markets at will, federal entitlement programs continue to inch towards insolvency, and average Americans continue to experience historic levels of dissatisfaction with the system as a whole. President Biden has inherited a government facing a number of immediate crises, a raft of long-term threats, and the specter of economic and political decline on the world stage. So far, Biden has inspired little confidence from anyone – on either side of the aisle – that he is up to the task of meeting this precarious moment in American history.

Thus far, Biden’s presidency has consisted of little more than vague platitudes about unity, working together, and “restoring America’s place in the world.” At the same time, his administration has been peddling a leftist wish list of policy proposals, including a $15 federal minimum wage and bailouts of state and local governments that were already on the path to insolvency long before Covid threw a wrench into their finances. These proposals seem intended to foster anything but political unity.

More than anything, however, the hallmark of Biden’s early presidency has been his unconstitutional abuses of executive power, which have rivaled the worst excesses of other recent presidents. Indeed, the 37 executive orders issued in the first week of Biden’s presidency compare unfavorably to Trump’s 4, Obama’s 5, and GWB’s zero during the comparable time periods of their respective presidencies. They also stand in stark contrast to Biden’s October comments that “I have this strange notion we are a democracy. Some of my Republican friends, and some of my Democratic friends even, occasionally say, ‘Well, if you can’t get the votes, by executive order you’re going to do something.’ Things you can’t do by executive order unless you’re a dictator. We’re a democracy. We need consensus.” Well, welcome to the Biden dictatorship.

To be clear, executive orders are not and never can be a substitute for the legislative process. The Constitution tasks the Congress, and only the Congress, with making laws. The president’s job is to faithfully execute the laws passed by Congress – no more and no less. While executive orders can have the effect of law, they are not a law-making tool. Rather, when used within their lawful scope, they set forth the president’s policies for administering and enforcing the laws already passed by Congress. For this reason, even blatantly unconstitutional executive orders often include stipulations such as “to the extent permitted by law” or “consistent with applicable law.” Of course most presidents are not actually concerned with complying with the law, but even they (and their attorneys) recognize the importance of maintaining the façade that executive orders are not used as a cheap substitute for the legislative process.

Among the borderline to blatantly illegal actions undertaken by Biden in recent days are arbitrarily revoking permits for the construction and operation of the Keystone XL pipeline, legislating new laws about workplace discrimination, extending the Trump administration’s illegal suspension of federal student loan payments (even though the suspension authorized by Congress in the CARES Act expired in September 2020), and the reinstatement of DACA protections for Dreamers (which President Obama essentially admitted were unconstitutional before he originally instituted them, yet were upheld by the Supreme Court – the same Supreme Court which later illogically denied Trump the ability to rescind DACA with an executive order of his own). Now, some or all of these policies may be beneficial – but that’s beside the point. In the US Constitutional system, the outcome does not trump the process. The ends don’t justify the means if the means are illegal.

It must be noted that Biden’s recourse to abusing the power of the executive order is not unusual; since the turn of the 20th century, presidents have often resorted to legislating by executive order as partisanship and Congressional gridlock have made legitimate legislation increasingly unattainable under most circumstances. President Biden is following in the footsteps of his predecessors, including his old partner-in-crime Barack Obama, whose common refrain when stymied by Republicans in Congress was “I’ve got a pen and a phone.” But even when viewed in this context, Biden’s executive order binge has been truly historic – and frightening. Americans are left to wonder what, if anything, Biden does not believe he can use executive orders to accomplish.

America is a nation in crisis – simultaneously staring down the barrel of an ongoing health crisis, a rising debt crisis, a looming monetary crisis, a snowballing government spending crisis, a crisis of global leadership, disenchanted retail traders attempting to instigate a financial crisis, and – perhaps worst of all – a crisis of public faith in the American system. (Yes, I know I’m using the word “crisis” a lot.) These converging crises could end in catastrophe – but as Albert Einstein famously posited, “in the midst of every crisis lies great opportunity” – and in the midst of extraordinary crisis lies extraordinary opportunity. President Biden’s legacy will hinge on whether he can forge opportunity out of crisis, whether he can rein in the government’s ongoing abuse of American citizens and institutions.

President Biden has been gifted a unique opportunity to help set America on a sustainable future path of liberty and prosperity, built upon the ideals of free markets, individual rights, and adherence to our Constitutional processes and norms – the characteristics that made America the global “shining city on a hill” in the first place. All indications thus far are that he will blow this opportunity. Biden seems to neither understand nor care about the cannibalization of America’s future occurring in its present, aided and abetted by leaders of both parties. Biden claims to want unity, but he appears to lack the willpower or wherewithal to actually make things better – or even to try. Instead of using his platform to highlight and tackle systemic issues like the soaring federal debt, the Federal Reserve’s forgery of the entire monetary system and economy, Social Security and Medicare rapidly running out of money, a financial system stacked in favor of the mega-rich by the government itself, and a Constitution on life support, Biden seems determined to perpetuate the worst qualities of past administrations – especially their reckless disregard for the laws of the land.

Biden’s first two weeks in office have not augured well for America’s future. It seems inevitable that America’s position on the world stage will continue to deteriorate, that our Constitution will be increasingly disregarded moving forward, and that America’s future will in some ways be bleaker than its present. Yet hope springs eternal, and it is not too late for Biden – or a successor – to make the radical changes that are needed to curb government power and interference in Americans’ affairs. That said, we are running out of time – and it would be nice if the president would demonstrate some cognizance of the issues at play and some inclination to help fix them.