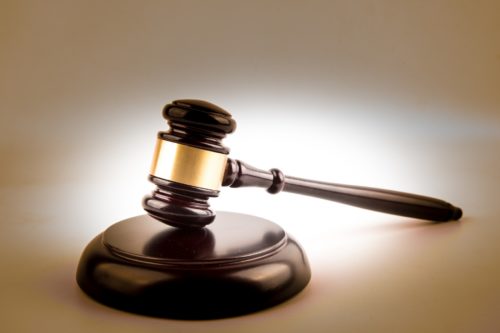 Agudath Israel of America, together with a number of other Orthodox Jewish organizations, joined the National Jewish Commission on Law and Public Affairs (COLPA), in filing an “amicus curiae” (friend of the court) brief in the U.S. Supreme Court, urging public funding of secular studies in religious schools.

The case before the High Court, Carson v. Makin, was brought by parents whose children attend religious schools in Maine. Although many private school students in Maine are eligible for state tuition funding, a state law says that the state will not pay tuition for students who attend a religious school – not even for the cost of the secular education portion.

The COLPA brief argues that the law is unconstitutional under the Free Exercise Clause of the U.S. Constitution, as interpreted in several recent U.S. Supreme Court decisions, because it prohibits students from accessing an otherwise available student aid program solely because of the religious nature of their school.

The brief additionally argues that, especially in light of these recent Supreme Court decisions requiring states to provide for aid to students in religious schools where such aid is provided to private school students, the time has come for the Supreme Court to overrule its 1971 decision in Lemon v. Kurtzman, which declared it unconstitutional for states to pay for the secular studies education of students at religious schools. While contending that the Maine law should be declared unconstitutional under recent Supreme Court precedents regardless of Lemon v. Kurtzman, the brief urges the Court to overturn Lemon v. Kurtzman explicitly.

The COLPA brief was written by noted constitutional attorney Nathan Lewin and signed onto by Agudath Israel of America, Agudas Harabbonim of the United States and Canada, the Coalition for Jewish Values, National Council of Young Israel, Orthodox Jewish Chamber of Commerce, Rabbinical Alliance of America, Rabbinical Council of America, and Torah Umesorah (National Society for Hebrew Day Schools).

Mr. Lewin commented that “this is the only amicus brief to be filed in this case that has noted the unfairness and obvious unconstitutionality of compelling conduct by law – requiring parents to give their children a secular education – and, at the same time, penalizing those who comply with the law – by making them pay privately for that secular education – if they simultaneously give their children a religious education because their faith requires it. It is difficult to imagine any comparable pressure in America law. When is someone who complies with a legal mandate punished for doing so in a manner that complies with his or her religious observance?”

Mr. Lewin concluded that “the State laws held invalid in Lemon v. Kurtzman, the 1971 decision that prohibited government payment toward the salaries of teachers of secular subjects in religious schools, in which COLPA (including Agudath Israel) filed an amicus curiae brief supporting the laws, had the same effect as the Maine rule that is challenged in this case. That is why our brief asks that Lemon v. Kurtzman finally be overruled so that legislatures might enact laws providing government funding for teachers of secular subjects in yeshivos and other religious schools. That would go a long way toward ameliorating the financial burden of a yeshiva education.”