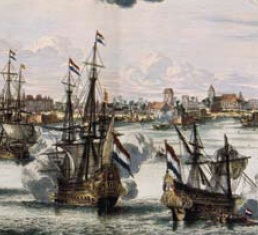 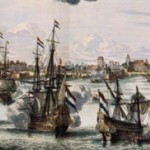 By Rabbi Eliezer Eizikowitz. He appeared one winter day in 1523 in the Jewish ghetto of Venice with a fantastic tale of exotic lands, a lost Jewish kingdom, and grandiose political plans. The historical question marks left in his wake have never been resolved. Was David Reuveni a false mashiach and a conniving rogue, or a genius ahead of his time?

Nearly 500 years after his death, we have yet to pierce the shrouds of mystery surrounding one of Jewish history’s most enigmatic figures, David Reuveni (1490–c. 1538). On an otherwise unremarkable winter day in 1523, he suddenly appeared in the Jewish ghetto of Venice — the gateway to Europe for travelers from the East — telling a fantastic tale of journeys through exotic lands and a lost Jewish kingdom, and speaking of his grandiose political plan for Jewish salvation. Apparently, Reuveni was on a mission: to enlist the Jews of the Far East in giving the European Christians access to the Spice Islands, and to form a Christian-Jewish coalition against the Muslims in the Holy Land.

Despite the clearly fanciful nature of some of his accounts, Reuveni began to find doors to high places opening before him. Within a few weeks, he was sitting in the palace of Pope Clement VII, who engaged him in serious discussion about his visionary plans. The pope also provided him with letters of recommendation to Europe’s most powerful rulers.  A mere few months later, Reuveni was welcomed to the Lisbon palace of King John III of Portugal (1502–1557), creating an upheaval among Portugal’s Anusim.

The Christian world was fascinated by Reuveni as well. Cardinals, princes, and kings listened to his stories and ideas with a mixture of curiosity, concern, and derision. On the one hand, it was difficult for them to take him seriously, yet his words had too solid a factual basis to be completely rejected. Reuveni found himself in the center of the raging conflict between the pope and King Henry VIII of England (1491–1547), which would fatefully affect the future of Catholic sovereignty in Europe.

Then, at the height of his brief, tumultuous ascent to prominence, Reuveni vanished, leaving behind a trail of questions that have never been answered conclusively. Who was he, and where did he come from? And what was he truly hoping to achieve?

The theories that abound are almost as numerous as the historians who have studied his life. Some see him as a schemer, a conniving opportunist who took advantage of a beleaguered Jewish people thirsting for salvation. Others see him as a sort of false mashiach, a dangerous impostor at worst, and at best, an eccentric individual beset by personal demons.

Even his origins have sparked stormy academic debates. Some find the style of his speech a clear indication of German extraction; others have advanced proofs he was a member of the Jewish community exiled from Spain. A third group maintains he was a Yemenite or other type of Oriental Jew.

A majority of historians agree on at least one issue: Reuveni’s own version of his origin and activities ought not to be taken too seriously. For a variety of reasons, including his overambitious political designs and his fantastic descriptions of visits to the far reaches of Asia and Africa, these historians have rejected the possibility that his story contains even significant kernels of truth.

But might it just be that the simplest explanation is actually the true one and that the historians have gotten this episode wrong? A close examination of Reuveni’s historical period and the backdrop to his mission indicate a more serious, realistic purpose than historians tend to consider.

From India to Kush Our investigation begins in Malabar, a coastal region of southwestern India. The beginnings of the Jewish community there are obscured by the mists of time. It appears that Jews came to the Kingdom of Cochin in Malabar at different times, in different groups, and in different waves of immigration that later blended together. They came to be known variously as Cochin Jews or Malabar Yehudan (Malabar Jews). What is clear is that the first Jews arrived on Malabar’s shores at the time of the exile of the Ten Tribes, and that they maintained contact with other groups of “Bnei Yisrael,” the descendants of the ancient Kingdom of Israel scattered across Asia.

Testimony to the respected status of the Jews of Malabar in ancient times can be found in an interesting artifact preserved in the Paradesi Synagogue in Cochin, built in 1568. The synagogue houses the copper plates given in 1000 CE by Indian ruler Bhaskara Ravi Varman (962–1019 CE) to a Jewish leader named Yosef Rabban, enumerating seventy-two privileges normally reserved for the state, but given by the ruler to the Jews.

To the modern mind, this list of privileges seems bizarre. It included the right to ride on an elephant, the right to light a candle even during daytime hours, the right to sit in public beneath a parasol, the right to announce one’s aristocratic status publicly, the right to have carpets placed beneath one’s feet when one walked on the street, the right to be accompanied by melodies, and the like. But strange or not, the lengthy list had one clear implication: the granting of these privileges to Yosef Rabban was meant to acknowledge him as an independent ruler, with his official title as malich (king).

Over the following generations, Yosef Rabban’s descendants changed the family name to Rabbani, but continued to hold their father’s prestigious title. The governmental structure that existed in Malabar at the time was highly unusual. Indian society was, and still is to this day, divided into castes, social classes separated by rigid boundaries that determine their members’ status to a far greater degree than their place of residence or profession. These societal castes operate like separate states coexisting simultaneously on the same territory, each with its own distinct leadership, its own internal hierarchy, and a measure of autonomy.

The Jews of Malabar were considered a caste of their own. They conducted their own affairs with complete autonomy, remaining subject to the authority of the “Jewish king,” who was invariably a descendant of the Rabbani family. The center of Jewish sovereignty was in the city of Cranganore, about twenty-five miles north of the largest port in the Kingdom of Cochin. The number of Bnei Yisrael in this city and the surrounding villages was quite impressive; estimates place the Jewish population in the sixteenth century at about 80,000. If we add the Jews in other parts of the lower Indian continent, the total could easily exceed 100,000.

The spiritual state of the Jews of India, however, was in decline. In a letter to Rav Yehonasan of Lunil, the Rambam writes: “The Jews of India are not familiar with the written Torah, and they observe nothing of the religion other than resting on Shabbos and being circumcised on the eighth day.” They did not perform chuppah and kiddushin, yibbum, chalitzah, or gittin, nor had they heard of Chanukah and Purim. They were unaware of the Mishnah, the Talmud, and the works of codified halachah, presumably because their exile dated back to the period of the First Beis HaMikdash, and in general, their level of Torah knowledge was extremely poor. On the other hand, they were careful not to socialize or eat with non-Jews, maintained rigid standards of kashrus, circumcised their children, and buried their dead — quite unusual in India, where cremation is the norm.

For many generations, the only connection between the Jews of Malabar and the rest of the Jewish world was via merchant ships crossing the Indian Ocean on their way from Yemen or Egypt, and the occasional traveler making the lengthy, perilous overland journey from Babylonia and Persia. But that was to change as the fifteenth century drew to a close.

The Lost Shall Return For many years, the Portuguese had aspired to travel to the Indies in search of gold, silver, and spices. A fistful of spices purchased in the Moluccan Islands (also known as the “Spice Islands”) for two ducats could be sold in Calicut, India, for fifty ducats, and in London for 213 ducats — a hefty profit that made the journey quite worthwhile.

In 1498, the Portuguese explorer Vasco da Gama became the first person to sail directly from Europe to India, around the southern tip of Africa. The first appearance of da Gama’s Portuguese expedition on the Indian shores of Goa and Cochin marked a turning point that, in time, would drastically alter the lands of the East. [Read full story in this week’s Mishpacha Magazine].