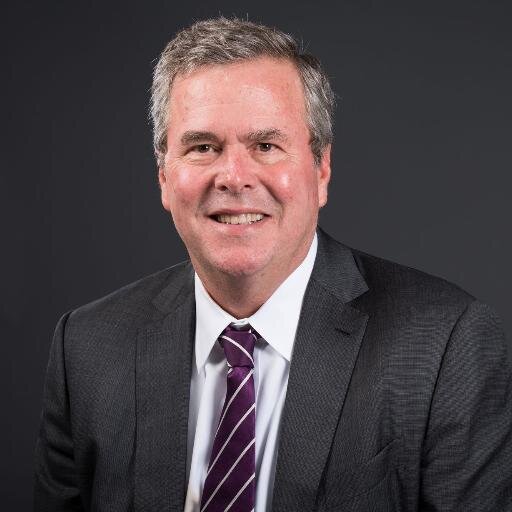 Former Florida governor Jeb Bush on Wednesday promised to chart his own course on foreign policy — though one that would rely on the advice of a cadre of well-known figures who represent most strains of mainstream GOP philosophy regarding national security and international relations.

He also embraced the legacies of his father, George H. W. Bush, and his brother George W. Bush, saying in a speech here that he has been “fortunate” to have family members “who both have shaped America’s foreign policy from the Oval Office.”

“I recognize that as a result, my views will often be held up in comparison to theirs,” Jeb Bush added. “But I am my own man.”

In the speech Wednesday before the nonpartisan Chicago Council on Global Affairs, Bush mentioned Iraq only once — and by mistake, when he meant to say Iran. But when asked about the Iraq war in a question-and-answer session afterward, he said, “There were mistakes in Iraq for sure.”

The threat of Iran as a nuclear power is “the defining foreign policy issue of our time,” Bush said, arguing that the Obama administration has thus far shown itself “unequal to the task.” Read more in Washington Post. (External link)