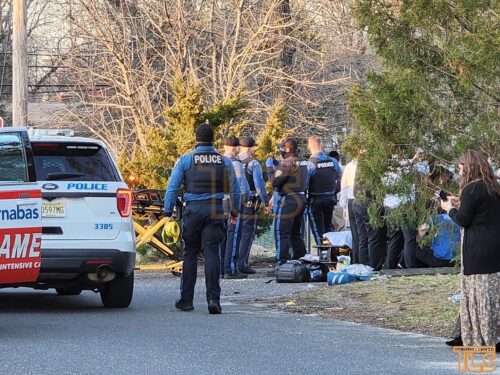 Jackson Township officials this morning condemned the violent attacks on Orthodox and Jewish residents committed last Friday in both Jackson and Lakewood Townships.

“Hate has no home in our community – not today, not ever,” said Jackson Township Mayor Michael Reina. “Hate will not be tolerated here under any circumstance. And when violent crimes are committed against any resident or members of specific ethnic or religious groups, those who commit such crimes will be arrested and prosecuted to the fullest extent of the law. We are shocked and saddened by the attacks that have impacted innocent members of the Orthodox and Jewish communities. Jackson is a diverse, inclusive and welcoming community. In good times and in bad, we will stand by our neighbors and we will work tirelessly to protect the rights and well-being of our fellow citizens.”

Jackson Township Council President Martin Flemming said: “When it comes to hate and violent crimes, let me be perfectly clear: Attacks like those that occurred last Friday are attacks on all of us. As friends, neighbors and elected officials, we will not tolerate such acts. We stand united with members of the Orthodox and Jewish communities. And we offer our support and prayers for the health and healing of the victims of these senseless crimes.”

Mayor Reina added: “We thank law enforcement for acting quickly to arrest a suspect in this matter, who has been charged with violent crimes allegedly committed in Lakewood and Jackson on Friday, including three counts of attempted murder, carjacking, weapons possession and three counts of bias intimidation,” Mayor Reina said. “While the investigation continues, our support and prayers go out to the victims and to their families.”