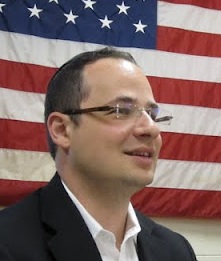 Isaac (Yitzy) Zlatkine is expected to serve as the next Board of Education President, TLS has learned. Zlatkine, who has served on the board for 3 1/2 years, will assume the position formerly held by ousted board member Carl Fink, who lost the recent election to a newcomer.

The Lakewood BOE has a budget of over $120 million dollars, and consists of approximately 700 employees.

When reached for comment, Zlatkine – who has a Masters in Actuarial Science from Temple University Fox School of Business – said “I have not yet made the final decision regarding the presidency,” however, sources say he expected to be voted in unanimously.

The appointment of the position will take place during the next board meeting during which the two new board members – Chaim Rosenblat and Alex Jankelowitz – will also be sworn in at. [TLS]