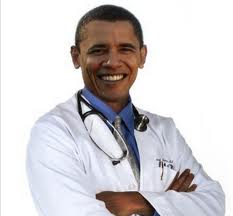 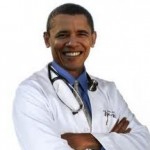 By Shimmy Blum. That’s up to the US Supreme Court to decide. Twenty-six states have already claimed that it is a coercive exercise of federal power and an  untenable financial burden on them. Agreeing that a constitutional issue is at stake, the US Supreme Court will finally give Obamacare a fair hearing in March. Depending how far the court goes with its ruling, the outcome may have a lasting impact on the nation’s health care system,  on the limits of power of the federal government, as well as on Obama’s chances for reelection

By Supreme Court standards, this hearing will be one for the record books.

In agreeing to hear Florida v. HHS, a constitutional challenge to President Obama’s controversial health reform plan, the Supreme Court has allocated 5½ hours for oral arguments. Since 1970, only two Supreme Court cases have clocked even four hours of oral arguments, with the average case lasting one hour.

Obamacare is the country’s largest health care overhaul since the inception of Medicare and Medicaid in 1965. Its provisions, scheduled to be phased in through 2018, were designed to extend health coverage to the estimated 50 million Americans who have none, and to increase coverage for Americans with preexisting conditions whom insurance companies currently decline to cover.

While the goal may have been praiseworthy, the measure has proven to be unpopular on several counts. Politically, it has also become a signature battle between Democrats and Republicans over the role of government regulation in the lives of private citizens, and over whether Obamacare represents a move toward socialized medicine.

While several studies have been published related to the potential extra costs or savings under Obamacare for the economy holistically, one of the issues the Supreme Court will rule on is the contention by the attorneys general of Florida and 25 other states that it is a coercive exercise of federal power. The states claim Obamacare dramatically reshapes their health care landscape, will burden them with heavy long-term costs, and that states risk losing federal Medicaid funding for failure to comply with the law’s vast expansion of state Medicaid programs.

Eighteen states have passed legislation against certain Obamacare provisions. Voters in four states, most recently in Ohio, have approved symbolic measures to opt out of the law. Court battles have been ongoing nationwide since Obamacare was signed into law in March 2010.

Last month, a Kaiser Family Foundation Health Tracking Poll showed that 51 percent of Americans view the measure unfavorably versus 34 percent who view it favorably — the poll’s lowest favorable rating since the law was passed.

Dissecting the Case The Supreme Court only hears cases involving constitutional issues. It will not consider the merits or demerits of national health care insurance per se.

In accepting Florida v. HHS, the Supreme Court will first have to decide whether it is empowered to issue a definitive ruling before 2015, when PPACA’s individual mandate requiring all Americans to purchase health insurance takes effect. At issue is whether the mandate falls under the “Anti-Injunction Act,” which prevents taxpayers from challenging a tax or penalty before it goes into effect.

If the Court decides that it can, only then will the nine justices determine the constitutionality of the law’s linchpin, the individual mandate requiring citizens to purchase health insurance from one of several federally approved plans. Opponents argue that the constitution’s Tenth Amendment limiting federal power precludes the government from regulating citizens’ economic behavior unless it affects interstate commerce, and as a result, the government cannot penalize an individual for not purchasing health insurance.

Even if the court were to invalidate the individual mandate, it must then rule on whether that provision is “severable” from the rest of the law, or whether its invalidation renders the entire legislation invalid.

In conversations with Mishpacha, Professor A. Christopher Bryant of the University of Cincinnati School of Law, a vocal proponent of Obamacare’s constitutionality, and Professor Stephen B. Presser of Northwestern University School of Law, who has argued that it is unconstitutional, agree that it is unlikely that the Supreme Court will end up invalidating the entire law. They are also doubtful that the Court will find it coercive over states’ Medicaid programs, a position that no lower court has ever yet endorsed. [Read more in this week’s Mishpacha Magazine].