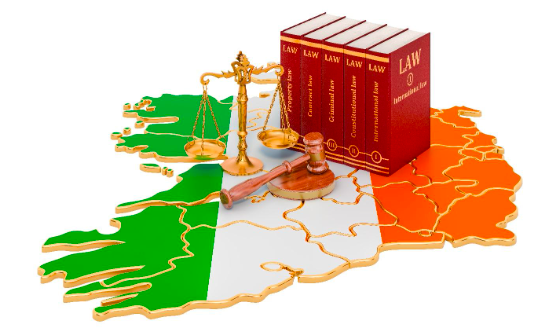 Owner of Paddy Power Flutter Entertainment invests more than €100 million annually in safer gaming in Britain and Ireland as both countries tighten industry regulations. Conor Grant, the head of the company’s UK and Ireland sector, which comprises Paddy Power, Betfair, Sky Bet, and bingo site Tombola, estimates that in the first half of 2022, the division spent £48 million between the two nations. In 2021, this sum reach £93 million. It appears that regulation will eventually arrive in the Republic, which is particularly important for Flutter. Along with the local betting shops and online platform, the international company has its headquarters here. The Gambling Regulatory Authority of Ireland recently nominated senior civil servant Anne Marie Caulfield as its chief executive-designate. It is also scheduled to release legislation this fall that will legally establish the new organization and will update the Republic’s almost 90-year-old gambling regulations.

One major concern is with online casinos, which includes games such as roulette, slots and other table games like blackjack and poker. The main issue lies in the fact that these games can be played with ease and speed, allowing punters to bet repetitively in a short span of time. Such repetitiveness may possibly lead to addictive behavior and thus gambling harm. The availability of no deposit bonuses to the Irish also adds to this problem. The licensing body will provide licenses to bookmaking operations, including websites, bookies, and casinos. It will have the authority to impose penalties on operators who violate the law, including the removal of their licenses. It will also supervise their advertising, demand that they pay into a fund to help problem gamblers, provide more comprehensive consumer protection, and stop fraud. According to Conor Grant, Flutter always supports regulation, since it levels the playing field for all parties. The organization believes the new body will be operational by the end of the current year. He asserts that the organization has long wished to see this system updated for the technological era we now live in.

Flutter to Continue Investing into its Safer Gambling Unit

Although a white paper that was scheduled on the subject was postponed pending the results of the most recent Conservative Party leadership polls, there are efforts underway to modernize British regulations, which are now more than 15 years old. Flutter claims that it will continue to improve their Safer Gambling department. Their offices in the Republic and the UK now employs roughly 230 individuals, 180 of whom work on the front lines, 15 in strategy, and 30 to 40 in compliance, technology, and product development. The entire organization claims that it has prioritized safer gaming by integrating goals in the performance metrics that determine employee compensation, providing everyone with an incentive to do so. Recently, Flutter purchased the Italian online betting group, Sisal, to expand their presence.

All Irish and British consumers under the age of 25 were subject to a £500 monthly deposit cap imposed by Flutter this year. There are several reasons for this, including the fact that many of these players are still in school or are young and more prone to take risks. Customers can request an increase in this limit by contacting the business and demonstrating their ability to pay for a higher limit. Flutter also forbids use of credit cards for betting by consumers in the Republic, mirroring a UK regulatory prohibition. Preventing gambling addiction, according to Flutter, is at the core of what the division does. Its primary digital alarm system, called action center, is made to detect 270 different triggers that suggest a certain consumer could be developing a problem. This is based on the group’s prior encounters with individuals who choose to exclude themselves. In essence, the system has taken all the information from those accounts, examined the various patterns of behavior, and combed through it for indications that a consumer is in danger. Recently, Flutter has upgraded to the most updated version of its action center.

Action Centre will draw attention to the fact that someone who typically wagers on football on Saturday afternoons has started playing blackjack or other types of games at different times than their usual sessions, even if their losses were minimal. Staff members from Flutter have interfered when a player lost less than €10 yet their betting behavior set off the system. The system will detect bigger deposits, if someone increases their betting by a significant margin. If someone requires immediate contact with a member of Flutter’s frontline staff, the action center will produce a report and underline that need. When this occurs, the system notifies the person to expect a call and imposes a mandatory deposit limit on the account. Before it is lifted, the consumer must have spoken with someone, who then must report on the discussion and the suggested course of action. Approximately 100,000 clients were identified by the action center in the first half of this year; 48,000 of these were assessed to require interaction. About half of the interactions led to the business taking action to stop dangerous behavior.