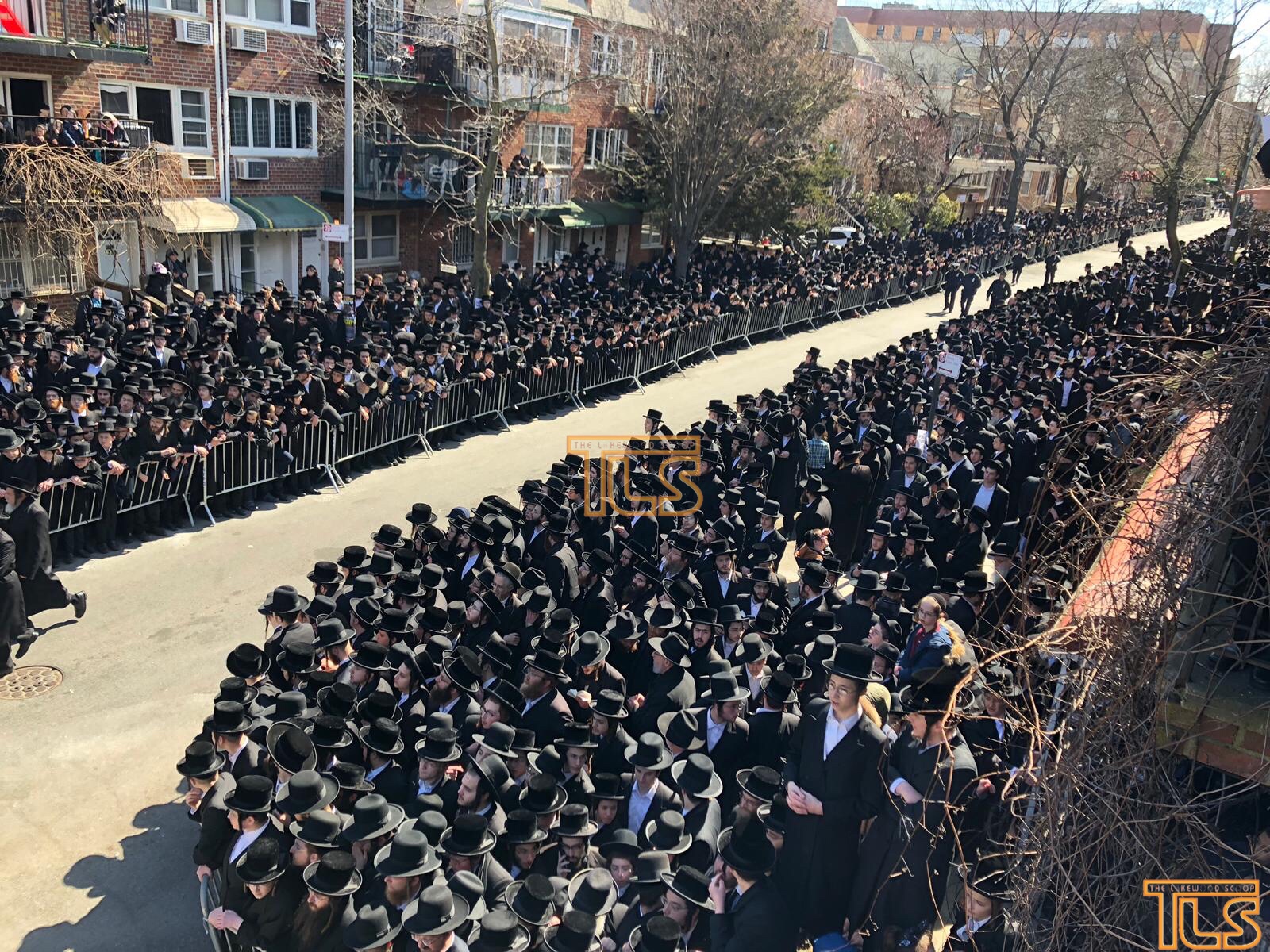 [REPORT BELOW] See more coverage on our Instagram page.

The streets of Boro Park were packed with throngs of people coming to pay their last respects to the Skulener Rebbe Zatzal.

The levaya, which took place at the Skulener Shul, was one of the largest ever to take place in Boro Park. Many Boro Park streets were closed to accommodate the massive crowd – in tens of thousands – including hundreds who came in from Lakewood by car and bus. It was announced before the levaya began that anyone with a smartphone, even if it was filtered, or anyone with any unfiltered phone, may not touch the mita of the Rebbe.

The late Rebbe’s eldest son, Rav Yeshaya Yaakov of Montreal, was maspid his father, telling the gathered crowd that not just he, but everyone there had lost a father.

Rav Shaya Yaakov will be taking over his father’s duties as the manhig of Skulener chasidim. It was also announced that the Rebbe’s other sons would be taking new positions as well. Rav Shmiel Mordche will be the Ruv in Boro Park and help his older brother as Rebbe, Rav Meir will be the Ruv in Williamsburg, Rav Shloime Yide in Monsey, and Rav Tzvi Noach in Lakewood.

The Rebbe, Hagaon Harav Yisroel Avrohom Portugal, was known for his special middos, his ahavas yisroel, and his beautiful voice, among his many other virtues.

Following the levaya, the Rebbe’s mitah was driven to Monsey where the kevurah will take place in the Vizhnitzer Bais Hachaim. Yehi Zichro Boruch. 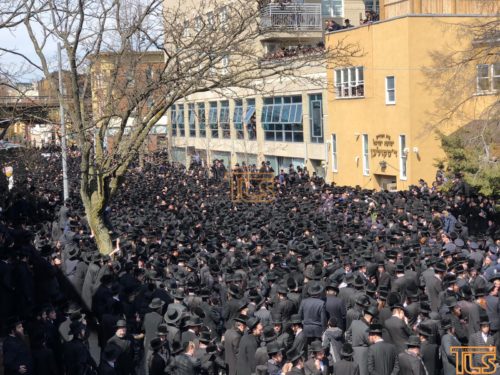 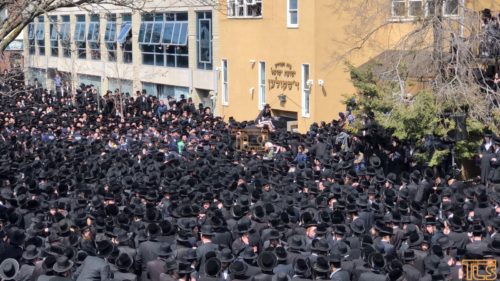 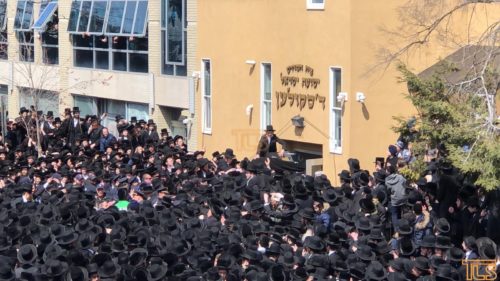 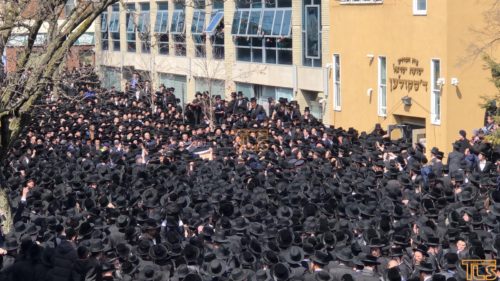 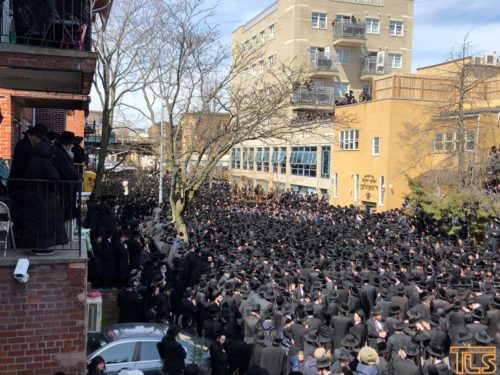 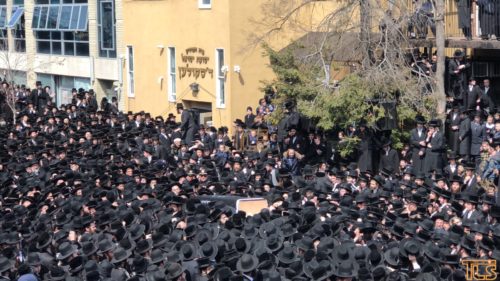 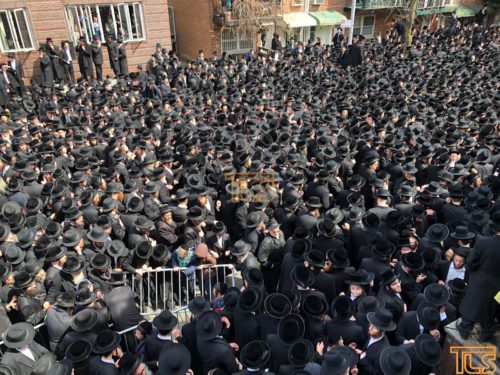 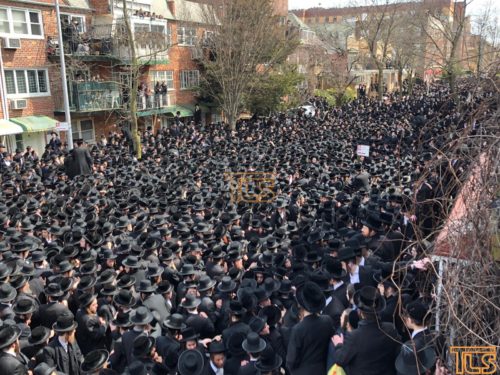 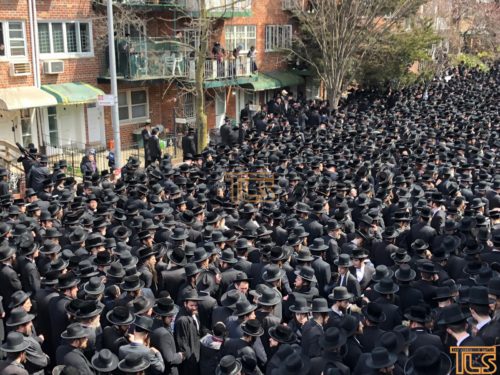 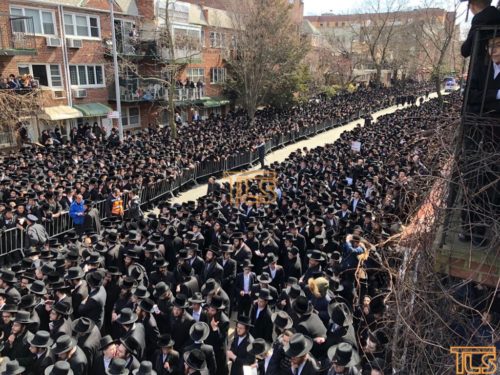 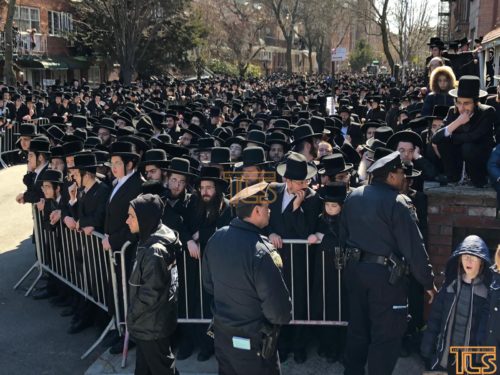 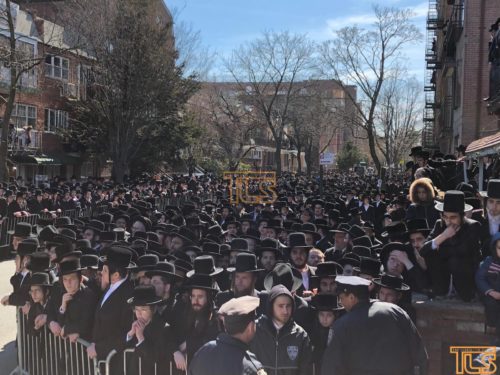 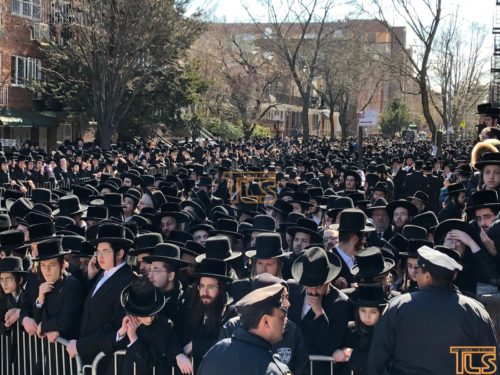 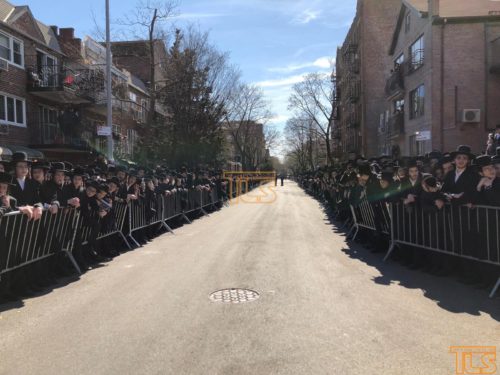 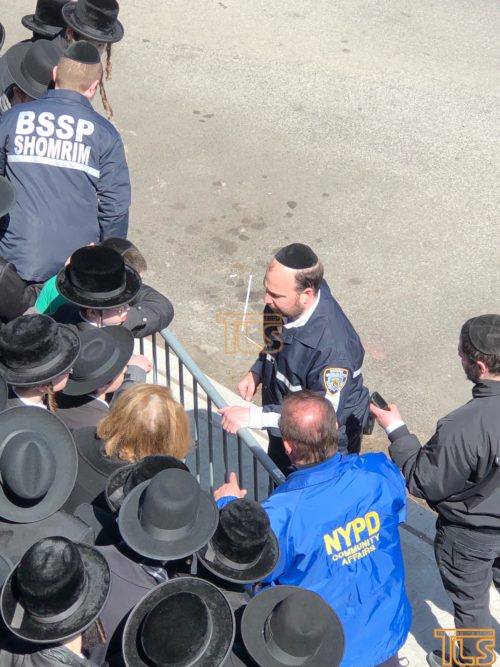 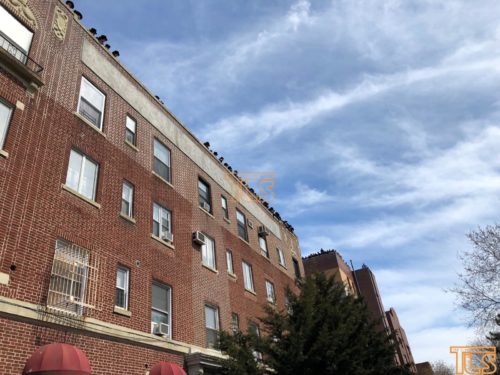 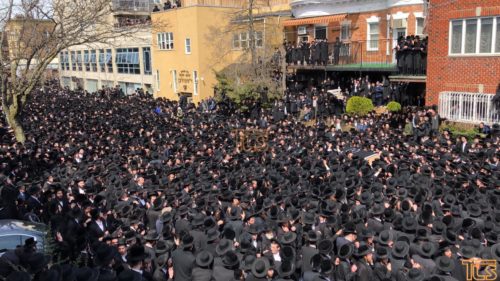 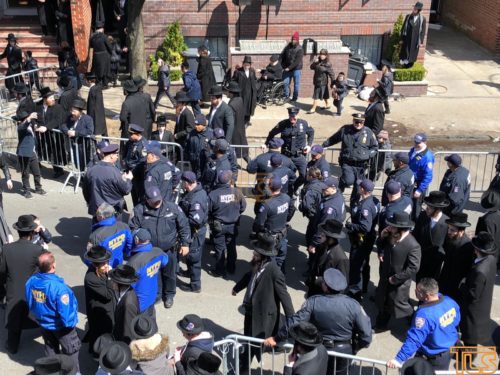 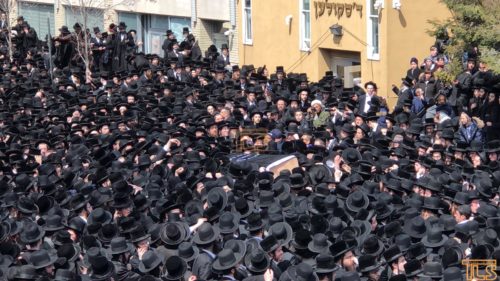 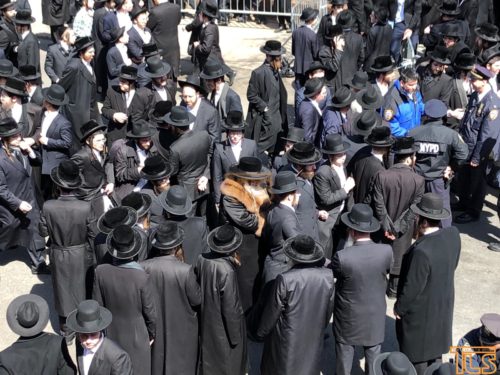 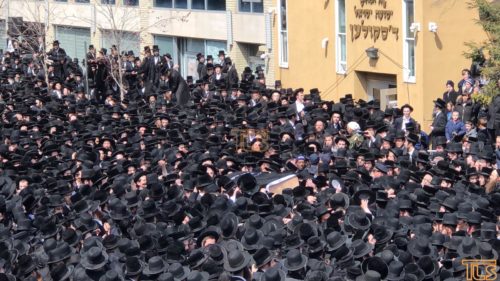 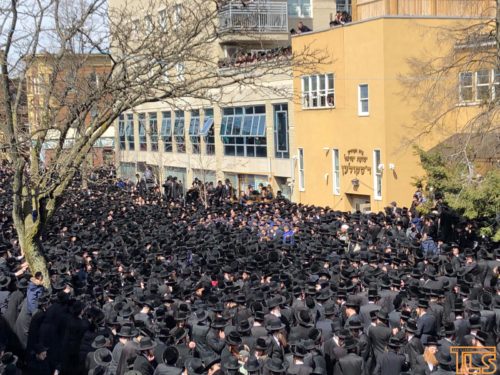 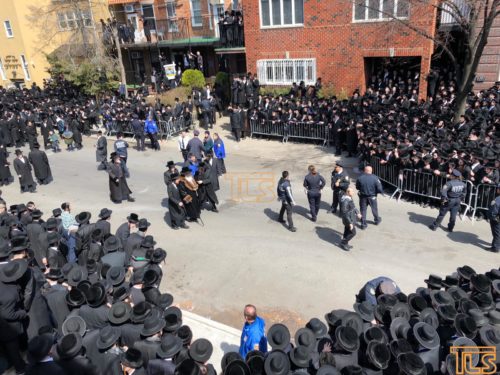