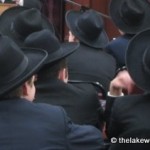 By Dovid Abenson for TLS. What has come to be known, in our circles, as the ‘Shidduch Crisis’, is a troubling reality that our children face as they approach marriageable age. It is not uncommon to hear the matter discussed, openly, between parents, rabbaim, and our youth themselves.

There is another, more insidious crisis, however, that these same neighbors and rabbaim are afraid to publicly discuss. It causes equal, if not more, mental and social anguish for too many of our children. It compromises their devotion to Yiddishkeit and handicaps their learning. I firmly believe there is an Education Crisis (EC) in the Yeshivish world. Our educational system is failing our children. Miserably. And we are too scared to speak honestly about it.

I have worked as an educational consultant for over 20 years, helping talmidim upgrade their skills in Hebrew reading, Gemorah study, and understanding of the extrapolations of the Rishonim and Acharonim. Simultaneously, I consult with Roshei Yeshivas and principles wishing to improve their own ability to detect and help students with underdeveloped learning skills and lack of simchas hachayim in their studies. Too frequently, parents present me with a distressing portrayal of their children’s cheder
and school experiences: sons and daughters departing daily for school with trepidation and returning more depressed and insecure than the previous day. The lack of joy they see in their children’s educational experience is heart breaking. When I began my career, I had a suspicion that our educational system was deficient. The students I worked with seemed to be encountering troubles with the curriculum that pushed them too much and unnecessarily compounded any underlying learning disabilities or behavioral ‘problems’ that they may or may not have had.

As my career has progressed, and my exposure to our educational system has expanded, I now know that not only the obviously struggling students are suffering: even our ‘successful’ students are lacking, critically, in Jewish knowledge, and self-development. The purpose of this article is to break the silence that pervades this topic. Through my discussion of the deficiencies I see in our education, I hope to concurrently provide some solutions. Finally, I must emphasize that the problems I detect are not limited to a particular yeshivah, city, country or rebbe.

After working with many students, I have had the unfortunate opportunity to observe our schools’ lack of encouragement to question. Questioning the world, even the Torah world, is a fundamental aspect of a
student’s self-development. Unfortunately, many of my students who have posed questions to their rebbaim have been met with discouraging, vague responses :

This rebuff of a child’s question is unacceptable. When a student questions Hashem’s existence, ponders the necessity of keeping mitzvos or wants to know what an unknown Gemorah term means, a teacher’s response must be supportive, precise, informative and kind.

Especially today. With I-phones, I-Pads, and I-pods ubiquitous among the students, the modern rebbe faces an unprecedented I-focused student culture whose members will use any means necessary to obtain desired information. And this is where the true danger of a brushed off question lies. When one child asks a question and is silenced, an entire class of talmidim learns the dangers of inquiry. From that moment on, both the student and his classmates are left to their own devices. None of them can safely seek the
guidance of a rebbe without fearing that their curiosity or questioning will be met with shame and disapproval. Students seeking answers may turn to the Internet. They may come up with solutions on their own, as uninformed as they may be. Or, they may just stop exploring, stop questioning, stop being
interested in really learning, because that is what they are they are told to do: ignore something that doesn’t make sense. Move on. Pretend you didn’t notice. Just memorize it. Committing facts to memory and regurgitating teacher-fed information does not impart simcha in learning.

I believe that the sophisticated art of Torah study is being lost because of a misguided assumption that hour upon hour of Gemorah lacking in total clarity and precision will somehow transform our young bochurim into great Torah scholars. But the opposite is true. By overtaxing the patience and concentration of students, educators invite behavioral problems and unenthusiastic talmidim. We must teach our children basic skills and emphasize simplicity and joy in learning in order to imbue them with a solid foundation in Torah before overwhelming them with complicated discussions. Finally, Torah-including NACH – must be presented as a topic that is modern and alive, an entity to be questioned and explored, if it is to successfully ignite students’ life long interest and passion. Our approach to religious studies must change. Otherwise, we are creating generations of students who don’t know their own Judaism.

When a term is vaguely defined, when the differentiation between halachah and Hashkafah is left murky, students are left with unnecessary feelings of guilt for not reaching certain madrigals. A Bas Israel struggling with the slippery term of Tnius, for example, needs to know what constitutes ervah, and what constitutes chumrah. She must understand why she is meant to dress and act with modesty.

I fear that the lack of differentiation between Hashkafah and Halachah forces our creative, individualistic children into molds that may not fit them. And, when being ‘frum’ doesn’t fit well anymore, more than the black hat comes off. Religious practice becomes unmanageable–an all or nothing burden. For too many of the students I work with, the final decision they make is that the Judaism they have been exposed to is not for them. But they don’t know anything else.

One interpretation of Judaism has been presented as the only halachic way to live. So, in some cases, the children go ‘off the derech’. Or, they remain within the community but harbor private dissatisfaction with their religious education, faith, and practice of mitzvos.

It is imperative that our schools and yeshivas implement higher standards of quality control over their students’ learning. One of our great Gedolim recently commented that most bochurim who reach Yeshiva Gedolah cannot learn the plain, simple explanation of a Gemora, and hopefully they will be able to do so by the time they reach Kollel. I frequently work with students who are provided with mistranslations that render a Gemorah meaningless.

The two great deficiencies in Jewish education that I outlined above (fear of questioning and lack of real clarity) mean that students fail to recognize when information they encounter is nonsensical. I am distressed to report that I even see rebbaim exhibiting these behaviors, evidence of their own lacking education.

A particularly disturbing example of substandard Gemorah learning comes to mind. Yaakov (name changed) was an earnest talmid, learning in a mechina that had studied a particular masechta for two months. The perek begins with the discussion of a case in which “shnayim ochsim b’tallis”, literally translated as “two people holding a cloak”. When I reviewed the perek with Yaakov, I was troubled to see that he mistranslated the line to mean “two people arguing over a piece of cloth”. When I inquired if this translation made sense, Yaakov’s response echoed the words I had hoped I would not hear: “Yes, that is how my rebbe taught it”. Now, the first point the Gemorah takes issue with is the fact that both contestants are actually holding the tallis. If you translate “ochsim” as “arguing”, not only have you mistranslated the
word, but you have also made the first discussion of the Gemorah meaningless His rebbe apparently failed to realize the problem and managed to distort the Gemora, Rashi, Tosefus, etc. sufficiently to make Yaakov and his classmates think that they understood it. When I approached the rebbe and suggested that ‘ochsim’ should be translated as ‘holding’, he considered the matter for a few moments and conceded, “Okay. Perhaps you can”. This disturbing corruption of education exposes a further problematic reality: A disturbingly high percentage of the people teaching our children are unsuitable and unprepared for the job.Our standards must be higher and we must be willing to fire substandard rebbes. An individual who does not love his talmidim and cannot learn Gemorah himself is in no position to prepare bochurim for further advanced study, or torelate to their very important questions.

I need only work with students with a short time before I encounter their own frustrations and dissatisfactions with their education. In one case, I asked an 18-year old bochur 10 questions on a Mishna he had already learned several times. When he found 10 questions, I asked him find 10 more. Eventually, the student found 72 questions. When the bochur left, he informed me that this lesson had left him feeling both pleased and angry. He was thrilled to have experienced such a challenging learning session. He felt that it was the first time he had felt his intellect ‘stretched’. He felt angry, however, that none of his Rebbeim had exposed him to the questions before. Students should never feel betrayed by their rebbe. In
another incident, I spoke with a student who had been reprimanded for asking a particular question. I took the opportunity to provide him with an answer to the question he had posed. When I was finished, the innocence and beauty of this student’s response rang clear—”Why couldn’t my Rebbe tell me that”? Yaakov’s shock was easily to see. So was his hurt and disappointment. He knew there was no reason for his Rebbe to have reprimanded him so sharply. And, he knew the shame he had felt was unfounded.

As educators, we must all acknowledge that our responsibilities extend far beyond providing our students with information. We must realize that we are an important part of the Massorah. Our role is to impart a love of Torah and mitzvos to the upcoming generation.We must embrace students with unconditional care and respect. Before reprimanding a student for repeatedly arriving late to class, we must take the time to ask ourselves what is precipitating the behavior? When a student ‘acts out’, to the point that our administrators deem him or her no longer welcome in the school, we must revisit our teachings. We have no right to abandon our youth. Suspensions and expulsions are not the Jewish way. Nor are they pragmatic. We are living in a world where our students are very free to fill an empty school day with Internet or explore the many enticing features of our society. We must keep our students close. And answer every question.