How Cocaine Scrambles Genes In The Brain 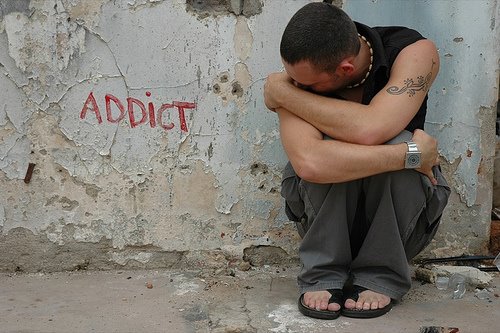 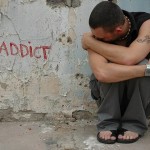 (VIDEO) It’s hardly a secret that taking cocaine can change the way you feel and the way you behave. Now, a study published in the Jan. 8 issue of Science shows how it also alters the way the genes in your brain operate. Understanding this process could eventually lead to new treatments for the 1.4 million Americans with cocaine problems, and millions more around the world. The study, which was conducted on mice, is part of a hot new area of research called epigenetics, which explores how experiences and environmental exposures affect genes. “This is a major step in understanding the development of cocaine addiction and a first step toward generating ideas for how we might use epigenetic regulation to modulate the development of addiction,” says Peter Kalivas, professor of neuroscience at the Medical University of South Carolina, who was not associated with the study.

Though we think about our genes mostly in terms of the traits we pass on to our children, they are actually very active in our lives every day, regulating how various cells in our bodies behave. In the brain this can be especially powerful. Any significant experience triggers changes in brain genes that produce proteins — those necessary to help memories form, for example. But, says the study’s lead author, Ian Maze, a doctoral student at Mount Sinai School of Medicine, “when you give an animal a single dose of cocaine, you start to have genes aberrantly turn on and off in a strange pattern that we are still trying to figure out.”

Maze’s research focused on a particular protein called G9a that is associated with cocaine-related changes in the nucleus accumbens, a brain region essential for the experience of desire, pleasure and drive. The role of the protein appears to be to shut down genes that shouldn’t be on. One-time use of cocaine increases levels of G9a. But repeated use works the other way, suppressing the protein and reducing its overall control of gene activation. Without enough G9a, those overactive genes cause brain cells to generate more dendritic spines, which are the parts of cells that make connections to other cells.

Increases in the number of these spines can reflect learning. But in the case of addiction, that may involve learning to connect a place or a person with the desire for more drugs. Maze showed that even after a week of abstinence, mice given a new dose of cocaine still had elevated levels of gene activation in the nucleus accumbens, meaning G9a levels were still low. It is not known how long these changes can last. Maze also showed that when he intervened and raised G9a levels, the mice were less attracted to cocaine.

It’s a big leap from a mouse study to a human study, of course — and an even bigger leap to consider developing a G9a-based treatment for addiction. The protein regulates so many genes that such a drug would almost certainly have unwanted and potentially deadly side effects. But a better understanding of the G9a pathways could lead to the development of safer, more specific drugs. And studying the genes that control G9a itself could also help screen people at risk for cocaine addiction: those with naturally lower levels of the protein would be the ones to watch. Still, there’s a lot to be learned even from further mouse studies — particularly if the work involves younger mice, unlike the adults used in Maze’s research.

“We know that the greatest vulnerability [to addiction] occurs when adolescents are exposed,” says Dr. Nora Volkow, director of the National Institute on Drug Abuse, which funded the study. “Would you see the same results in adolescent [mice]? And what happens during fetal exposure?”

New treatments are definitely needed for cocaine addiction: there are helpful medications for addiction to heroin and similar drugs, but so far, none are particularly useful against stimulants like cocaine and methamphetamine. And with federal reports now showing that more than two-thirds of all cocaine in the country is cut with a veterinary deworming drug called levamisole, which can cause potentially fatal immune-system problems, the risks from cocaine are greater — and the search for new answers more urgent than ever. Time.

(Shocking video from Rabbi Dr Abraham Twerski, originally posted a while back on TLS, talking about the addictions of Drugs, Internet Immorality and Alcohol and Gambling addictions which plaque our communities).