HORRIFIC – EXCLUSIVE DETAILS: Child watched as his father was shot and killed in Lakewood while protecting him and his mother 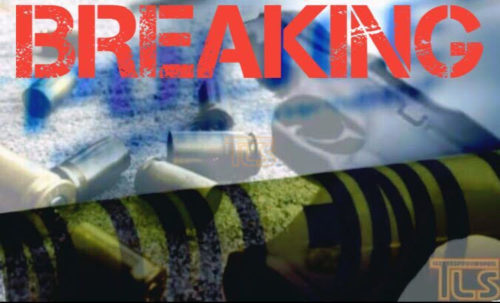 TLS this afternoon has learned new details into the homicide in Lakewood on Friday night – and they’re horrific.

According to a source who wished to remain anonymous, this is how the shocking story unfolded.

At approximately 9:30 PM Friday night, the victim was sleeping in bed, with an eight-year-old child sleeping in the same bedroom, near the victim.

Two other children were in another bedroom, playing a game.

The wife of the victim was in the bathroom, when the armed suspect – dressed in black from head to toe – suddenly forced his way into the bathroom, and put a gun to her face – she began yelling.

The yelling woke up her husband, and the suspect began shooting.

In an effort to protect his wife and children, the victim tried to tackle the shooter, but the shooter turned the gun on him and shot him several times – right in front of the eight year old boy. He died approximately 20 minutes later at Monmouth Medical Center in Lakewood.

The suspect is still on the loose.

The Prosecutor’s Office released the following statement this afternoon:

Anyone with information is asked to call authorities immediately.

General Counsel for the Lakewood Board of Education, Michael Inzelbuch made the following statement to TLS:

“Condolences to the family. All 3 kids are OUR kids – Lakewood Public School kids – and we as a District and community will provide any and all assistance we can.”