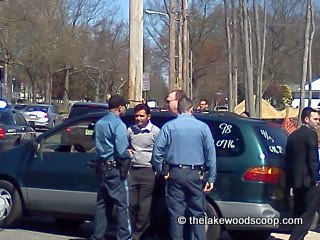 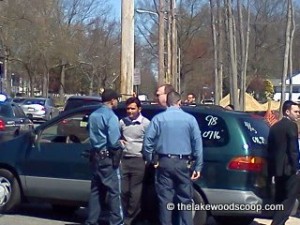 PHOTO: Hispanic men and women dressed as Jews to try to take advantage of the Pesach rush and collect for ‘Pesach’, were stopped and questioned by Police. LCSW this afternoon received calls stating that several Hispanic men with Kipas stood with other women  in the Downtown area – reportedly with wigs – collecting money from unassuming Jewish residents.

After locating the suspicious group, LCSW phoned police to investigate.

Police – including LPD’s Captain Greg Meyer – responded and put a stop to it. TLS-16/TLS-60.