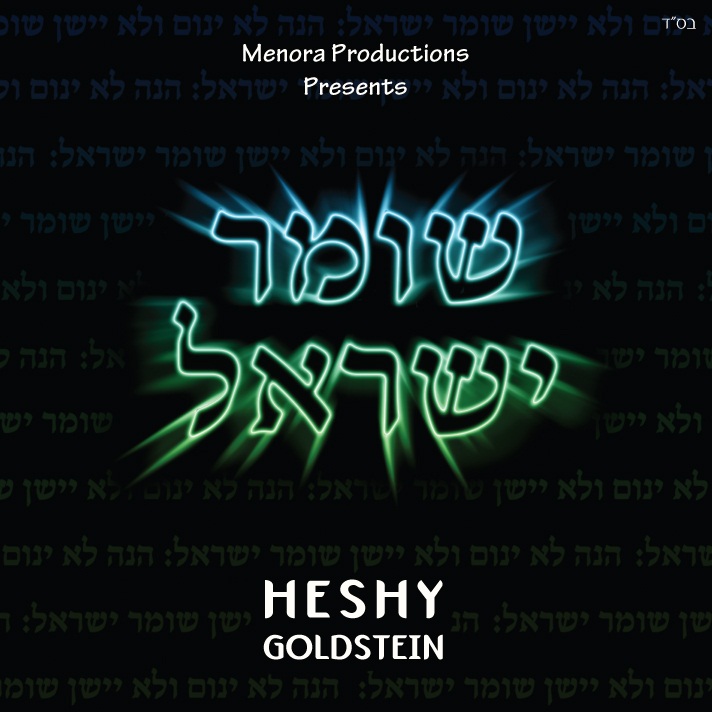 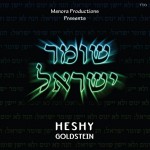 In the late 1970′s, when listening to music required a record player, (remember those big boxes in your living room!?), when Pirchei was practically the only Jewish boys choir around, and when MBD and Avraham Fried were just beginning their music careers, Heshy Goldstein was less than 2 years old. But already then he was musically inclined. Early on, he learned how to lift the needle on the record player to start the song again! By the age of 5, his family was already enjoying his Shabbos Zemiros, and his parents were predicting a future for him in Jewish music. They could not have been more right!

For the past 10 years or so, Heshy has been quietly contributing his part to the Jewish music scene. He frequently davens before the Omed, especially on Yomim Tovim, and occasionally holds small neighborhood concerts on Chol Hamoed.

“Producing my own album was always a dream of mine,” says Heshy. “But for some reason, the project kept on getting delayed. Then last year, while singing at an event, he realized that bringing joy to Klal Yisroel through music was what he loved doing most. “Glancing at the smiling faces of these children”, he says, “I realized that there’s no feeling like it in the world!”

What’s really interesting is that the making of this album, first started out as a completely different project. Heshy grew up listening to the Pirchei & JEP Choirs. He realized that there are no choirs like that out there today, and decided to start a project for Pirchei to produce an album for them. It was really S’yata Dishmaya that he then met Rabbi Ephraim Levi from Agudath Yisroel (who, by-the-way, sang in the original Pirchei choirs in the early ’70). When Heshy shared his ideas with R’ Ephraim, he was all enthusiastic. In fact R’ Ephraim relayed that he had actually started such a project himself many years ago which never came to fruition. Ephraim’s brother Ezi Levi had composed a few compositions for that album, and R’ Ephraim wanted Heshy to have those songs if he ever did go ahead with the project.

Heshy quickly realized though, that producing a children’s album wasn’t going to be that easy of a task. (Although you never know… he might still some day!) So Heshy contacted the Levi brothers again, and obtained their permission to use those very songs to produce an album of his own. “I love the beauty of good old Jewish music” says Heshy. “The songs from Ezi Levi are exactly the kind of music I grew up on”.

He was then fortunate enough to meet another composer by the name of Tzali Stern, of Stern PT in Rockland County, who shared a song with him that he had written. “After that I had 3 songs. My dream of producing an album was actually becoming a reality!”

“Then a wonderful thing happened!”, says Heshy. “My very talented younger brother, Chaim Dovid, discovered his previously unknown ability to write songs. He produced the fast & lively Hinei Keil Yeshuasi, which is my personal favorite on this album. It’s bound to become the next hit at every wedding Bezras Hashem.”

The tunes for a few of the songs on this album were composed in the 1960’s by a Jewish French man names Mr. E. Macias. Heshy remembers growing up with these songs. Being that his mother is French she always played his albums. The original lyrics were in French, however the tunes were familiar to him. Heshy contacted Mr. Macias, who immediately gave his approval. He was proud to have the songs brought back to its original roots of Hebrew lyrics, and was happy his music was being reborn.

Just as he thought that his album was complete, Heshy received a call from out of nowhere. (He says he’s still trying to figure out how the connection was made, although he knows it was all maneuvered by the one above!) Moshe Davidowitz had heard about his album and had a song to share! The song Lech Dodi fit right in with the rest of the album and was the perfect song to complete the collection.

The final product, the all new Shomer Yisroel, has a lot of alte Yiddish Chein, but is fused with modern twists. It has a bit of everything. Some New Music, some Old Music, some Soft Music, and some Live Music. It has sound quality of today, but still stays true to the original style music we grew up on.

Looking back at the producing of Shomer Yisroel, Heshy is amazed the S’yata Dishmaya he had in producing this album. “Once I started working on the album it went really fast. I was surprised at how quick it took,” he says. “I really felt Hashem’s hand guiding me all along the way. I know that this is exactly what I should be doing… Bringing joy to Klal Yisroel through music.

Be sure to visit www.shomeryisroel.com, where you can read more about the composers, listen to a music sampler, and vote for your favorite song!

The album is available through Niggun distributors or online http://www.topjewishmusic.com/ and wherever Jewish music is sold.