Heading Up To The Catskills? Visit Woodbourne’s 93 Year Old Shul, Full Of Life Once Again 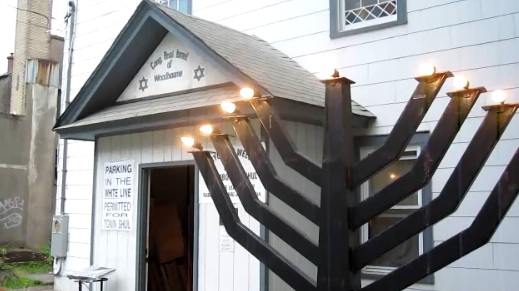 VIDEO: (Contains Acapella music) Many years ago on a once quiet Route 52 in Woodbourne was a lively Shul with several dozen Mispallim called Congregation Bnai Israel. As the years went by, many of the congregants passed away and the Shul slowly came to a close.

Many years passed with the Shul remaining just an empty building with thousands of Frum families passing it on a daily basis during the Summer months.

That all changed in the Summer of 2010, when the Nikolsburger Rebbe of Boro Park took over the Shul. 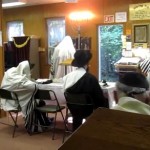 Under the leadership of Rabbi Mordechai Jungreis Shlita, the Shul – which sat empty for decades – has been rejuvenated, becoming the ‘Shomrei Shabbos’ style Shul of the Catskills.

Featuring dozens of daily Minyanim for Shachris, Mincha and Maariv, the Shul attracts hundreds of Mispallelim from all walks of life, no matter what tye of Yarmulka or Kipa they wear.

In fact, the Shul attracts so many people, that besides for the Minyanim taking place on both floors of the Shul, Minyanim sometimes pour out to the outdoors what they called the ‘Kosel Minyan’. 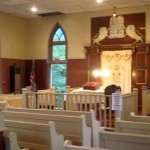 And Mispallelim don’t leave hungry either. No matter what time of day or night you were to walk in, you’ll find fresh cakes, cookies, drinks and candies spread across the back table and kitchen counters for all to enjoy. On Erev Shabbos, fresh hot Chulent is served too.

So the next time you head into town, stop in for a visit – and a Prayer – at the historic Shul.

(The Shul is located just past the Route 42/52 junction, right before Hasbrouck Drive). TLS.