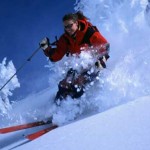 Norman San Agustin refuses to give up. Fueled by the love of his daughter and the pain of losing her in a skiing accident in Vernon 21 years ago, the Morris County doctor is continuing a two-decade battle to require young skiers and snowboarders to wear protective helmets. His latest effort to make New Jersey the first state in the nation to mandate helmet use passed the state Senate unanimously, but despite appeals to Assembly Speaker Joseph Roberts (D-Camden) the Assembly didn’t take up the bill during its lame duck sessions last week.

Undaunted, state Sen. Anthony Bucco (R-Morris) is poised to re-introduce a bipartisan bill that may be more favorably received by the state’s ski industry when the new Legislature is seated. It would require helmet use by all skiers age 14 and under, but put the onus on parents to ensure helmets are worn.

At the same time, several factors — including the 2009 ski accident death of a famous actress and the helmet-wearing example of extreme sports stars — are prompting more helmet use without a mandate.

Following the death of Natasha Richardson from head injuries suffered at Mont Tremblant ski resort in Canada last year, the resort owner, Intrawest, set up new guidelines for its nine resorts in the U.S. and Canada that encouraged and, in some instances, mandated helmet use.

Intrawest is recommending, though not requiring, that all skiers and snowboarders visiting its resorts wear helmets. It is mandating helmets for youths, up to age 17, who participate in ski and snowboard classes, with educators also required to wear helmets. In the 2010-11 season, all Intrawest staff must wear helmets on the slopes, said Intrawest spokesman Ian Galbraith.

“That’s good news,’’ said San Agustin, whose 12-year-old daughter, Nikki, died in 1988 after suffering head injuries during an outing at the Hidden Valley Club, a smaller ski resort in Vernon. “But it’s not enough. We have to protect all of the kids who ski, not just some of them.’’

Nikki San Agustin was a novice skier in 1988 when she joined fellow students from the Peck School in Morristown on a ski trip. She and several classmates wandered from the beginners’ slope onto an intermediate hill, where she was struck by an oncoming skier.

“This guy came from behind them, went up in the air and landed right on top of Nikki’s head, caused severe head injuries,’’ said San Agustin.

Soon after, San Agustin gathered support for a helmet law, with many doctors, parents and legislators behind him. The measure passed the state Senate in 1991, but opposition from the ski industry killed it in the Assembly. In 2001, the bill passed the Senate and missed a chance to become law by one vote in an Assembly committee.

The current version of the law, however, has more support from the ski industry, especially after it was re-written to make parents, not ski areas, liable for fines of $25 to $100 if helmets are not worn.

“We’re all for safety. I understand why people want to enact this bill,’’ said Mountain Creek chief operating officer Frank DeBerry. “But it has to be practical and enforceable.’’

The peer-pressure not to wear helmets also is being worn away by the example of extreme skiing and snowboarding stars who wear protective head gear. Helmets also are mandatory or commonly used in many other youth sports, such as biking, in-line skating and skateboarding.

Some skiers interviewed last week said they understand the need for helmets, even if they don’t currently wear them.

“I don’t use a helmet and have no excuse,’’ said Canaan Bump of Pompton Lakes, who frequents Mountain Creek. “I don’t ski too aggressively so I haven’t worn one. But for others, who are more aggressive and do jumps and tricks, there is no doubt they need them.’’

DeBerry said surveys done by the National Ski Areas Association show helmet use is rising, especially among young skiers. He said 76.9 percent of youths 8 and younger and 66 percent of skiers 13 and younger now voluntarily wear helmets.

Those statistics pleased San Agustin. But he said it just makes him and his wife, Biba, more determined to get the mandatory helmet law passed to protect all young skiers.

“It’s not easy losing a child,’’ said San Agustin. “My wife still gets sad when she sees a kid smiling in the street or hears a voice that sounds like Nikki’s. Other families should not have to suffer through this, especially if it might be avoided just by wearing a helmet.’’ Star Ledger.