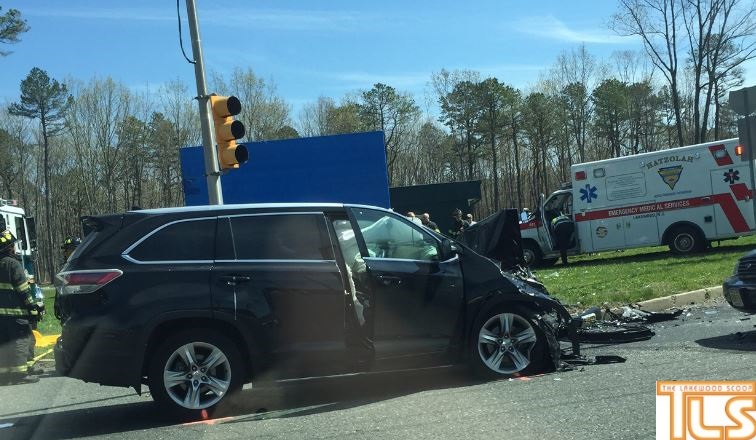 PHOTOS: A veteran Lakewood Hatzolah member, and his wife, were hospitalized this morning after being involved in a serious accident in Jackson which left one person dead.

The member was traveling in the area of County Line Road shortly after 10 AM when the accident occurred.

The member radioed in that he was involved in a serious accident, and multiple members from Lakewood, as well as Jackson emergency personnel responded to the scene.

The other vehicle overturned, trapping two people inside. The patients are currently being extricated. A medevac was requested for those patients.

UPDATE: Sources tell TLS one of the patients from the other vehicle were pronounced dead at the scene. The other patient from the vehicle was flown to the hospital in unknown condition.

The Hatzolah member and is wife are both stable, and undergoing testing, sources tell TLS.

According to witnesses, the driver of the RAV4 ran a red light, Della Fave said.