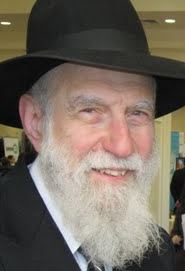 In his Drasha this past Shabbos, Rabbi Shmuel Blech, the Rov of Kehillas Anshei Sfard, noted that the miracles happening today in Eretz Yisroel far outnumber those Klal Yisroel experienced in the 1991 Gulf War. At that time, B’ezras Hashem, 39 SCUD missiles landed without incident. But, he said, the spiritual impressions from then have been long forgotten.

The Rav said, that with over 1500 missiles landing in the last few weeks BE”H with little incident, we need to, this time, find a way to concretize in our minds and hearts the realization and gratitude that Hashem is with us so that it will remain with us always.

Rabbi Blech suggested and urged each person in his Kehillah to concentrate especially on one of the Brachos in Shemonei Esrei, and to make that a permanent commitment. This will achieve two goals, says the Rav. First, since Klal Yisroel’s strength and success in any war is through Hakol Kol Yaakov, the result of our Achdus here in America will be sending up a complete Shemonei Esrei to Hashem and will be our contribution to the physical war effort in solidarity with our troops in Eretz Yisroel. And, B’ezras Hashem once the war is over, our concentration on our special Bracha will be a constant reminder to us of the Chasdei Hashem.

One of the Shul members was appointed the gabbai of this project, since an expressed word is much stronger and lasting commitment. If you are interested in being part of this effort, write your choice of Bracha to [email protected], or appoint a gabbai in your own Shul to do the same.