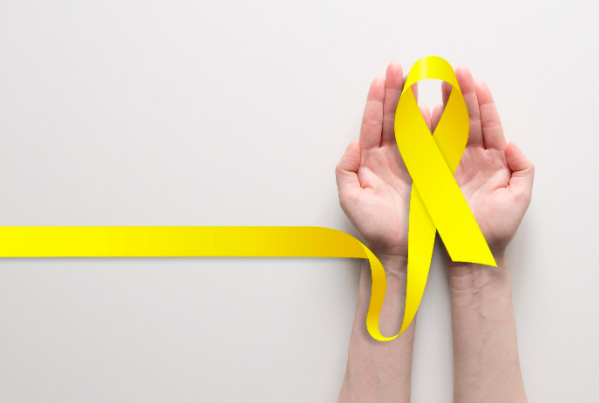 The State of Ohio is spreading awareness about responsible gambling and gambling harm during National Suicide Prevention Month.

National Suicide Prevention Month is in September, so for Ohio Responsible Gambling has underlined certain hazards of gambling addiction to help raise awareness. As the Buckeye State gets ready to introduce sports betting, an organization in Ohio has asked citizens to enlighten themselves on responsible gambling.

Following the late-year passage of House Bill 29 by Ohio’s legislature, the state is slated to begin offering sports betting on January 1, 2023.

What do responsible gambling and suicide have to do with one another, you ask? The link is exactly what the campaign is spreading awareness about. The Chief of Prevention at Ohio’s Department of Mental Health and Gambling Activity, Stacey Frohnapfel-Hasson says there is a strong link between an individual’s mental health and gambling patterns. She added that nearly 38% of those that battle gambling addiction will, at some point, think about suicide.

Derek Longmeier, Executive Director of Ohio’s Problem Gambling Network, also expressed his views on the matter. It’s not just the victim that suffers, he said, but also their loved ones and close friends. The issues with gambling addiction spread even beyond a person contemplating suicide, according to Longmeier. The negative consequences of one’s gambling addiction are felt by other people close to the victim; as well as companies, organizations and communities.

Importance of Spotting the Signs and Seeking Help

Longmeier continued by highlighting the value of early detection. He advised individuals to be on the lookout for several warning signals, including agitated or nervous behavior, significant mood swings, and a rapid decline in job performance.

Other signs of addiction include lying or hiding how much time or money is spent gambling, as well as detaching or alienating oneself from other people.

When a person is grappling with gambling addiction and suicidal thoughts, it extends much further to the player’s insatiable need to place a bet. Many individuals tend to forget that families, children, businesses and schools all suffer the debilitating repercussions that are a consequence to the individual’s gambling addiction. This is why part of promoting responsible gambling is making potential and repeat customers self-aware, enough to have the ability of being in control of their activity and usage.

Attractive as the idea of winning real money with no deposit needed may be, online gambling should be seen as a pastime that’s practiced for its entertainment value. Once things start spiraling out of control, and the overpowering desire to chase a win takes over, this is no longer a hobby but a problem. And this is what should be avoided at all costs.

The views expressed by the Chief of Prevention at Ohio’s Department of Mental Health and Gambling Activity and the Executive Director of Ohio’s Problem Gambling Network are backed by various scientific studies.

Past suicide attempts, alcohol abuse, severe mental illness, problems with the criminal justice system, financial difficulties, and family strife are among the main risk factors for adult suicide as per various checklists. Problem gambling is rarely mentioned among the primary contributors, but it certainly should be.

Uncontrolled gambling can lead to, or exacerbate, other factors that encourage suicide. Problem gamblers tend to be more likely to experience suicidal thoughts and attempts than the general population.

Problem gamblers frequently engage in the three types of suicidal behavior: ideas, attempts, and successfully executed suicides. The estimated frequency of these behaviors appears to be considerably greater in people with gambling issues than in the general population, despite their wide range.

Between 12 and 92% of problem gamblers have suicidal thoughts, and between 4 and 40% have previously made one or more attempts. According to another survey, between 17 and 24% of people attempt suicide. Nearly half of Gamblers Anonymous (GA) members have thought about doing it. This data suggests that problem gambling is a chronic, addictive activity that is frequently linked to a high risk of suicide.

With all this said however, it is encouraging to know that many people are taking the initiative to help. Most recently, football coach from Ohio State, Ryan Day and his wife Christina, donated a million dollars to The Ohio States University to fund mental health research.

Unknown incidence of suicide mortality among gambling addicts have not been thoroughly studied. However, it is quite likely that a sizable proportion of problem gamblers will finally succeed in their suicide due to the high projections of attempts in this demographic as well as the existence of multiple substantial risk factors.

In Hong Kong, where 20% of suicide deaths in 2003 were gamblers and 10% were indebted as a result, researchers performed one of the rare studies related to gaming. These preliminary results suggest that compulsive gambling may contribute to successful suicide attempts.

Gambling has significantly increased as a result of its extensive advertising, acceptance, and availability. The concurrent use of concepts like responsible gambling and problem gamblers by governments, business, and some researchers could facilitate the evasion of impactful harm-prevention or harm-minimization measures coming out of the public health sector, with gambling businesses and governments’ revenue remaining unaffected but significant levels of harm externalized to populations.

Lack of a public health strategy has far-reaching effects, including poverty, entrenchment of disadvantage, interpersonal problems, a rise in crime, the emergence or worsening of mental health concerns, and several other repercussions, even victimes contemplating suicide.