Guns N’ Voices: The Debate of a Lifetime for a Lifetime 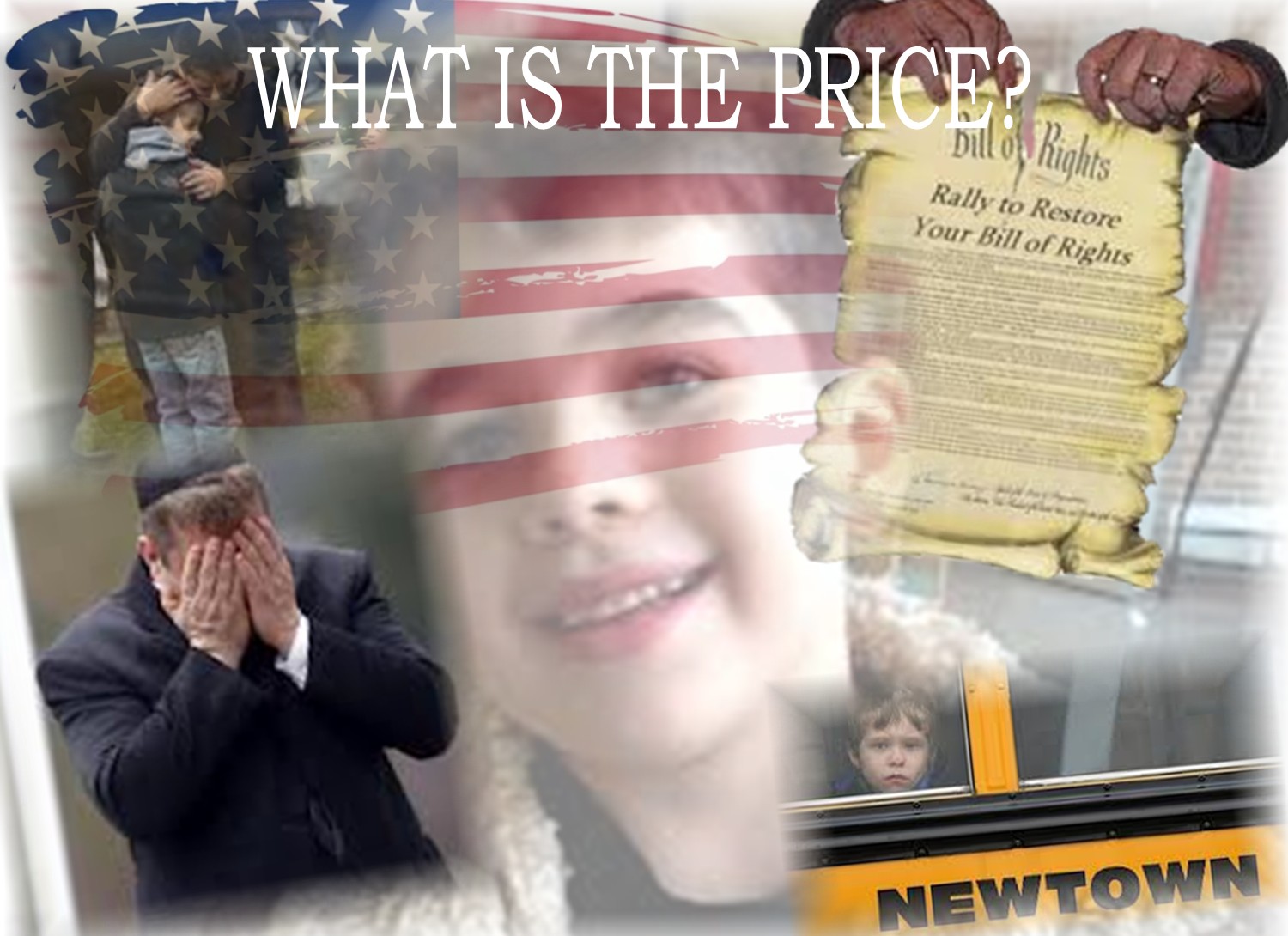 By: Aaron Joseph. Did you hear about the mass elementary school attack last Friday morning? A knife-wielding lunatic attacked 20 six year olds outside the entrance to the Chenpeng Village Primary School in Henan province, China. No children died, but many were critically injured. A few hours later America had its own horrific national grief to deal with.

When someone is unwell and is in position to hurt another, is there a way to prevent injury? Does it make a difference what the weapon of choice is? If the attacker is willing to lie down his own life to take another’s, can the attacker be stopped before undertaking his evil? Can you or I detect the extremes a stranger in the street may take until it is too late? Is licensing guns, or making laws restricting and restraining society at large the answer to any of these questions?

Probably not a very good analogy, however, anybody with a driver’s license can potentially cause a fatal DWI accident. The assassin of Newtown did not have a gun license. If there is any contrast at all between a right to drive and a right to own a gun it is this, that the right to own a gun is granted to you, and an American civil right protected = by the 2nd amendment to the United States Constitution.

Many of the drafters and signatories of the U.S. Constitution were unhappy with the many compromises that were necessary to help reach its ratification. the gripe was that the constitution did not offer enough protection for citizens’ personal rights and freedoms, or protection of private property, seemingly granting the Federal Government too much overreaching power. The compromise was the Bill Of Rights.

Amongst the 10 amendments of the Bill of Rights is the right guarantying our freedom of speech, as well as of assembly, press, religion, and the right to bear arms, amongst many others.

So as entrenched as these rights which we take for granted each and every day; such as my writing this article, or your reading it; is that very same right that allows for guns and other forms of weaponry to make its way into the everyday street of America. Over time, Congress has found way and opportunity to regulate this right to bear arms.

The 72nd Congress enacted The National Firearms Act on June 26, 1934, imposing a statutory excise tax on the manufacture and transfer of certain firearms, and mandates the registration of those firearms. The NFA also requires that transport of NFA firearms across state lines by the owner must be reported to the ATF.

The purpose of the NFA was to regulate what were considered “gangster weapons” such as machine guns and short barreled shotguns. Originally, pistols and revolvers were to be regulated as strictly as machine guns; towards that end, cutting down a rifle or shotgun to circumvent the handgun restrictions by making a concealable weapon was taxed as strictly as a machine gun. Conventional pistols and revolvers were ultimately excluded from the Act before passage, but other concealable firearms were not.

The Gun Control Act of 1968 is a federal law that broadly regulates the firearms industry and firearms owners. It primarily focus regulates interstate firearms transfers except among licensed manufacturers, dealers and importers. Gun manufacturers supported the 1968 Gun Control Act in an effort to forestall even greater restrictions, which were feared in response to the recent domestic violence of that time. The Gun Control Act of 1968 was part of President Johnson’s Great Society, and was spurred to passage by the 1960’s assassinations of John F. Kennedy, Malcolm X, Robert F. Kennedy, and Martin Luther King.

To counter the government, there is the ever powerful National Rifle Association, or the N.R.A.

The oldest, and one of the largest associations in the United States, the NRA is made up of responsible citizens that advocate the 2nd amendment and proclaim the right of all to bear arms. First started after the civil war, it was originally organized to help improve rifle marksmanship, and to that end held various competitions. It has since then spread out to commonly encompass all gun enthusiasts, by and large those who troop the sport of hunting and the civil right of self-defense.

To be fair, the NRA DID mostly support the 1934, and 1968 federal gun laws. The association actively maintains and supports countless programs to ensure safe and responsible gun ownership and usage.

However, the NRA intensely forcefully advocate for the full 2nd amendment right. Congress considers the NRA, the strongest congressional lobby.

The question remains however: Can rules, regulations and laws, help prevent an unbalanced person, one who is willing to die for his cause, from creating havoc and carnage? The man who snuffed out 26 bright futures, was not licensed for a gun.

We can all throw out various ideas that are half-decent. For instance, a fingerprint scanner on all guns to insure only the owner can use it. To have a “firearm bank or Amory” in each local, where gun enthusiasts can safely secure their guns. Or maybe have the United States Army patrol all public areas with guns at the ready. I just read of armored backpacks for schoolchildren.

There are obviously no simple solutions. The debate has begun to rage, and hopefully, much as the original “Bill of Rights” compromise, a healthy, balanced, long-term solution will emerge.

By the way, in China, there is no freedom of rights. Gun control is severely restricted and firmly controlled. So is everything else.