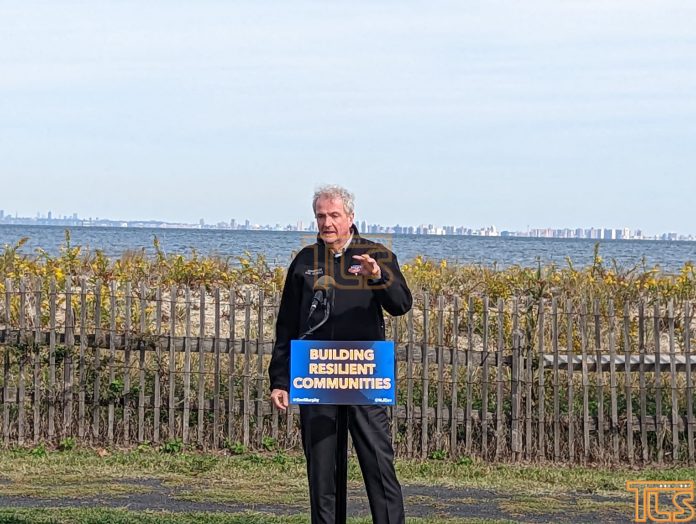 A decade after Superstorm Sandy hit New Jersey, devastating the Garden State’s coastal communities, Governor Phil Murphy on Friday toured the Port Monmouth Flood Protection project in Monmouth County to commemorate the anniversary of the storm and to highlight more than $10 billion in federal investments in housing, economic, and flood resilience infrastructure to help rebuild the State and to make it more resilient to future storms.
The Port Monmouth Flood Protection project is a Hurricane and Storm Damage reduction project involving the construction of levees, floodwalls, a tide gate, a road closure gate, drainage improvements, dunes, and beach renourishment along the Raritan Bay and Sandy Hook Bay in the Port Monmouth area of Middletown Township.
The project was in the “works” for about 20 years but moved forward urgently post-Superstorm Sandy.
Led through a coordinated effort by the U.S. Army Corps of Engineers (Army Corps) and the New Jersey Department of Environmental Protection (DEP), the project is estimated to cost about $265 million and expected to be completed by April 2025.
The Superstorm Sandy surge and tidal flooding damaged 750 (>50%) out of the 1,441 local housing units, devastating the small coastal town of Port Monmouth, which is home to about 3,800 people.
“A decade ago tomorrow, our state experienced the greatest natural disaster in its history, which decimated the Jersey Shore and caused major damage to many beloved communities across New Jersey,” Murphy said.
“Today, we remember the at least 35 lives lost directly caused by the storm, the more than 300,000 destroyed properties that left tens of thousands of residents with no home, and the nearly 3 million residents without power for days.
As we remember the past, we must also look to our future. A future in which New Jersey is more resilient to storms thanks to the flood protection measures that we have taken since that tragic day 10 years ago.”
The Port Monmouth project is among several other Army Corps and DEP-led resilience projects actively being built in New Jersey.
The first phase of a massive resilience project consisting of levees, floodwalls, tides gates, and pump stations providing protection for Union Beach along Raritan Bay is moving forward, with construction scheduled to begin in March 2023.
Once fully constructed, the Union Beach Resiliency project will surround low-lying, vulnerable areas with infrastructure that will help protect properties and lives from future storms such as Sandy.
The overall project is expected to cost about $395 million and encompasses about 1.8 square miles.
Design is also currently underway for a project involving the borough of Highlands.
The Army Corps and the DEP are working with the community to install floodwall, levees, pump station, road closure gate and interior drainage within the .7 square mile Borough. This project is estimated to cost about $198 million.
Major funding was made available for these projects at the federal level.
In the ten years since Superstorm Sandy devastated New Jersey’s coastline and inland areas, the DEP has worked with the Army Corps to invest approximately $2 billion for coastal and flood protection projects focused along the Shore.
In addition to the Port Monmouth, Union Beach, and Highlands project, other Army Corps-funded projects include:
$96.8 million beach and dune construction project in Cape May County (encompassing beaches in southern Ocean City, Upper Township, and Sea Isle City) that is complete.
$140.4 million project to construct beaches and infrastructure in Monmouth County (Loch Arbour, Allenhurst, Deal, and Long Branch) that is complete.
$159.9 million beach and dune construction project covering 12.7 miles of beach on Long Beach Island that is complete.
$39.3 million seawall and boardwalk project along Absecon Inlet that is complete in Atlantic City.
$59.3 million beach and dune construction project on Absecon Island (Renourish Atlantic City and Ventnor and Initial Construction Longport and Margate) that is complete.
$131.4 million beach and dune project for Northern Ocean County (for all towns from Point Pleasant Beach to Berkeley Township) that is complete.
$11.4 million project to initially construct beach berm along Oakwood Beach in Elsinboro Twp. along the Delaware River that is complete.
The Army Corps also completed the repair and restoration of all of the pre-Sandy coastal protection projects along the Monmouth, Ocean, Atlantic, and Cape May counties coastline at a cost of over $200 million.
In addition to immediate post-Sandy repairs, the Army Corps has also completed over $300 million in periodic beach nourishment since the completion of Sandy-related work.
These large-scale projects are in addition to the many more Federal Emergency Management Agency (FEMA), Housing & Urban Development, Department of Transportation, and State-funded emergency response and resiliency projects completed all across the areas impacted by Superstorm Sandy on October 29, 2012 that, in total, invested more than $10 billion to rebuild New Jersey in a more resilient-way. 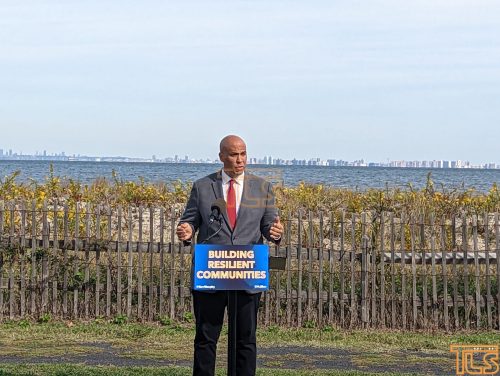 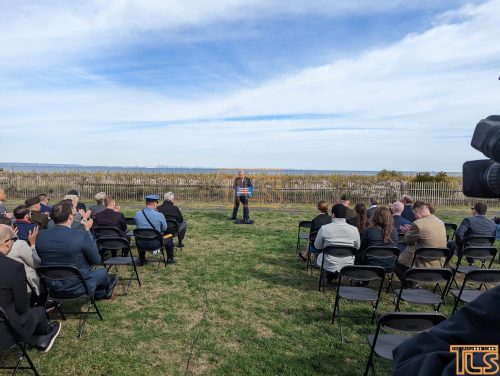