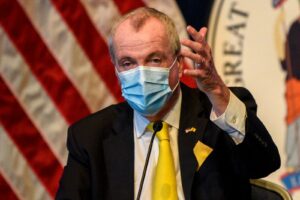 Governor Phil Murphy today signed Executive Order No. 222 which extends the Public Health Emergency that was originally declared on March 9, 2020 and previously extended in 2020 on April 7, May 6, June 4, July 2, August 1, August 27, September 25, October 24, November 22, and December 21, and again in 2021 on January 19. Under the Emergency Health Powers Act, a declared public health emergency expires after 30 days unless renewed.