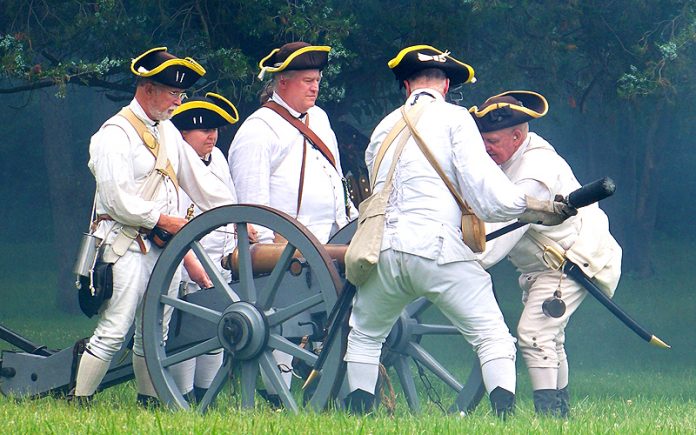 “New Jersey’s contribution to our nation’s independence is undeniable. From the battlefields where the tide of the American Revolution turned, to the many other sites where our nation’s identity was forged, New Jersey was arguably more deeply involved in the cause of independence than any other state,” said Governor Murphy. “As we celebrate our nation’s 250th anniversary, it is important that our historic sites are prepared to welcome the hundreds of thousands of visitors that will undoubtably travel from around the world to witness these sites in person on such a momentous occasion. This investment will allow us to revitalize our historic sites and make sure we are prepared when they come.”

The $25 million investment from federal American Rescue Plan funds will be allocated to the New Jersey Department of the Treasury and distributed to Revolution NJ, in partnership with the New Jersey Historical Commission and Crossroads of the American Revolution, to help in the restoration of the following Revolutionary War sites:

“The 2nd reading of the Declaration of Independence in New Brunswick, the Battle of Monmouth, and the Crossing of the Delaware just a few steps from here which was pivotal in turning the tide of the war; New Jersey was indeed the crossroads of the American Revolution. I’m proud of my work on the Semiquincentennial Commission and passing the American Rescue Plan to ensure New Jersey’s contributions are recognized during the upcoming celebrations and that New Jersey received the funding it needs to tell its story,” said Congresswoman Bonnie Watson Coleman. “This includes the contributions of Black and Indigenous soldiers during the war. It was an integrated regiment who ferried Washington across the Delaware on Christmas 1776. By the end of the war a full quarter of the American soldiers marching to Yorktown were Black or Indigenous. Their contributions must be remembered as we celebrate the 250-year history of the Greatest Nation on earth.”

“We are proud and grateful that Governor Murphy is making this unprecedented investment in New Jersey history. These 10 state-owned sites are centuries old and this funding will ensure that visitors today, tomorrow, and for centuries to come, will be able to engage with and appreciate the Revolutionary stories these locations help us tell,” said New Jersey Secretary of State Tahesha Way.

“New Jersey’s role in the American Revolution is unquestionably significant,” said Assembly Speaker Craig J. Coughlin. “The Battles of Trenton and Princeton singularly re-energized the fledging effort at perhaps the most crucial point of the war. Today’s sizable $25 million investment in capital upgrades across ten critical, state-owned sites marks a big step in the leveraging the full civic and economic potential of our state’s consequential revolutionary war history, not just in preparation for 2026 but for the years that lie ahead.”

“New Jersey has a wealth of historic sites, many of which are located here in Mercer County where the ‘Ten Crucial Days’ of the American Revolution unfolded,” said Mercer County Executive Brian M. Hughes. “This investment allowing for much-needed improvements to our state’s historic treasures will help spotlight for the rest of the country the central role that New Jersey played in America’s fight for independence.”

“Hopewell Township played an important role in the rich history of the founding of our country. With the 250th anniversary upcoming, this investment is critical to making New Jersey, and Hopewell Township, a heritage tourism destination. We are grateful to Governor Murphy for his leadership in ensuring that our historic sites keep their proper place in American history for the next generation,” said Mayor Courtney Mayor Peters-Manning.

“The Department of Environmental Protection’s State Park Service is grateful for and celebrates this financial investment, which will allow for important and needed improvements to state-owned historic sites in preparation for the 250th anniversary of the founding of the United States,” said John Cecil, Assistant Commissioner for New Jersey’s State Parks, Forests & Historic Sites. “This significant investment will greatly improve the visitor experience, allowing visitors to learn about, marvel and cherish New Jersey’s treasured history and contributions to our country’s founding.”