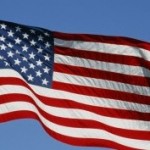 Executive Order No. 173 – Ordering all State buildings to fly flags at half-staff on Friday, January 30, 2015 to honor the service and sacrifice of Ocean County Detective John Scott Stevens, who lived in Forked River . Officer Stevens’ was a 15-year veteran of the Ocean County Prosecutor’s Office who was most recently assigned to the Special Operations Group where he was recently recognized for his work.

“Detective Stevens’ devotion to public service and the protection of others makes him a hero and a true role model for all New Jerseyans. It is appropriate and fitting for the State of New Jersey to recognize his commitment to the welfare and safety of others, to mark his passing, to honor his memory, and to remember his family as they mourn their tragic loss,” said Governor Christie.

The funeral for Stevens was held today.