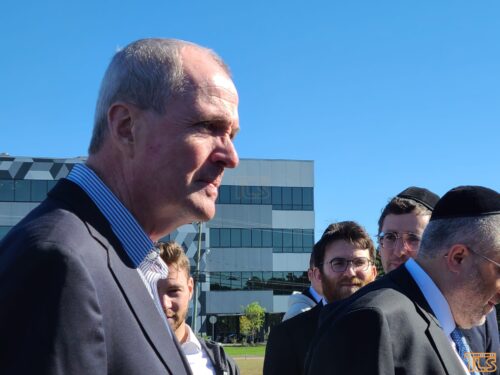 New Jersey Governor Phil Murphy may have indicated Monday that the Garden State could be heading towards vaccine mandates and passports, similar to those already instituted in states like California, and metropolises like New York City.

“You’ve seen what California is – the direction they’re headed. Colorado. New York City. I think you can assume that that’s a direction we’re going to be headed,” Murphy said at his Monday press conference.

In case you don’t know, California, Colorado, and New York city have all instituted vaccine mandates and passports, and have imposed restrictions on people who remain unvaccinated. New York City has strict mandates in place requiring restaurant and bar patrons to show proof of vaccination. California has a mandate in place that all K-12 students must get vaccinated in order to be allowed entry to school, and Colorado this week put a law into place that requires proof of vaccination to attend large gatherings.

Lest you forget, Project Veritas released an undercover video days before the gubernatorial election showing Murphy campaign staff saying that the governor plans to institute vaccine mandates in New Jersey after the election. In response, Murphy’s office gave TLS an exclusive statement that reads, in part, “The Administration has never had plans, nor is it making plans, for a blanket COVID-19 vaccine mandate.”

At the time, many noted that the governor used the term “blanket vaccine mandate,” implying that he could impose more mandates on New Jerseyans, just not all at once. Others defended the governor, saying that no, he meant he would not be mandating any New Jerseyans to receive the vaccine.

It should be noted, however, that the question Governor Murphy was responding to was specifically about Covid-19 vaccine boosters, and when they will be made available to everyone. New York City, California, and Colorado have disregarded CDC advice to limit it to certain people, and Governor Murphy may have been saying that he is considering making boosters available to all adults, rather than following the CDC’s guidance.